The rains are here again, and KwaZulu-Natal is having the worst of it. The floods are everywhere in havoc, and residents are screaming for help.

Several homes have been affected, and according to reports, some people have been swept by the flood.

Two petrol tanks have washed up on the Blue Lagoon beach.

Eye-witnesses say the trucks were parked near the Umgeni River when they got dragged into the water and got separated from their trailers.#KZNFloods @WitnessKZN pic.twitter.com/GeWfpXzuqN 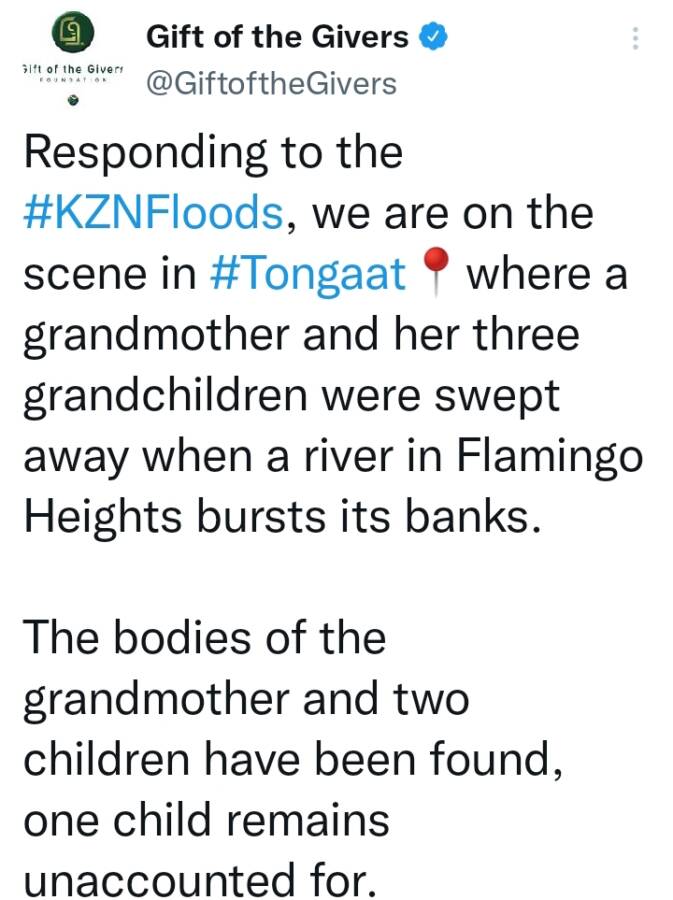 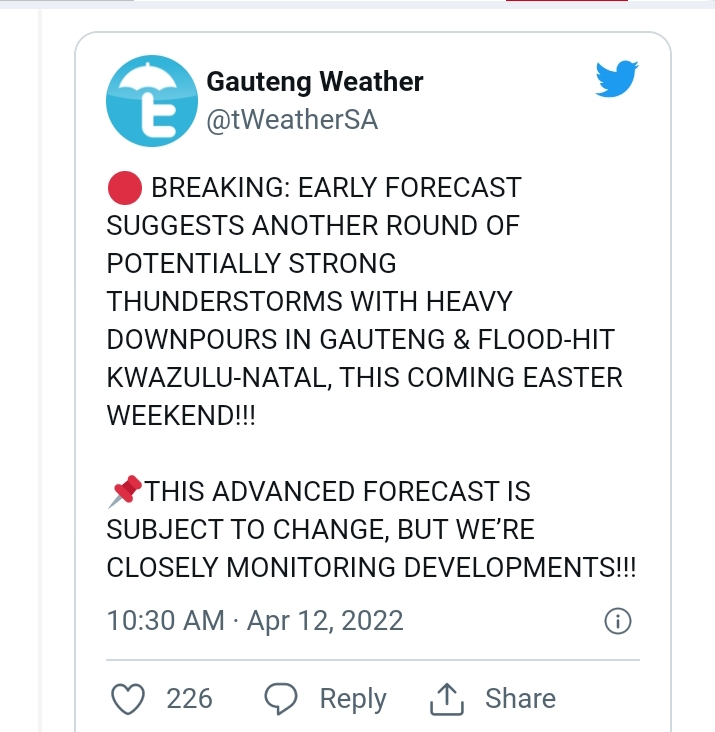 Apart from homes, companies have also been seriously affected by the flooding, including MTN. A statement by MTN spokesperson, Jacqui O’Sullivan, indicated that about 500 network sites of the telecommunication company had been shut down due to the flooding. Although some of these sites have battery backup, they have been depleted, according to O’Sullivan.

Alarmed by the scale of destruction by the flood, Martin Meyer of the Democratic Alliance had called on Premier Sihle Zikalala and his CoGTA MEC, Sipho Hlomuka, to declare a state of disaster in the area.

According to reports, some crooks have taken advantage of the flood to loot some businesses, further adding to the agony of those stuck and just can’t get away.

Emergency rescue personnel have been on alert, though, performing rescues in helicopters.

According to Paul Herbst of Medi-Response, his team had undertaken search and rescue operations in areas around Durban South and extracted people to safety using helicopters.

There appears to be no reprieve yet, as Gauteng Weather warned earlier today in a tweet that forecast indicates more thunderstorms and torrential rains.

Tags
Flood KwaZulu-Natal South Africa
John Israel A12 April 2022
Back to top button
Close
We use cookies on our website to give you the most relevant experience by remembering your preferences and repeat visits. By clicking “Accept All”, you consent to the use of ALL the cookies. However, you may visit "Cookie Settings" to provide a controlled consent.
Cookie SettingsAccept All
Manage Privacy