Kanye West’s “Donda” album, a project named for his late mother, and Drake’s “Certified Lover Boy” were both record breakers when they were released last year. Both were well received, too. But rapper Denzel Curry thinks very little of both projects.

He shared his thoughts about both projects in a series of tweets. But before he made those tweets, he made sure to prepare his fans.y letting them know that he was about to tweet dumb sh*t.

Thereafter, he’d tweeted that the two albums mentioned earlier could have been better because the two rappers behind it are wealthy and could have gotten whatever musicians they wanted on the project. He followed that up with another tweet dismissing the artwork of both projects as “booty.”

Those words riled the fan bases of both musicians, and they charged at Denzel Curry, returning his bullets. It was a mini bloodbath as Denzel fired back at some of his critics, describing one of them as a “d*ck eatah.” You can check out the screenshots from the bloodbath below. 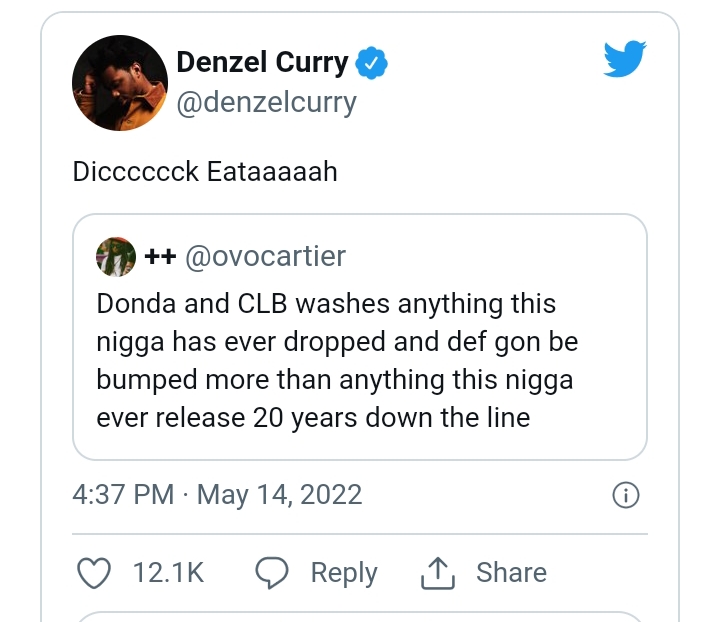 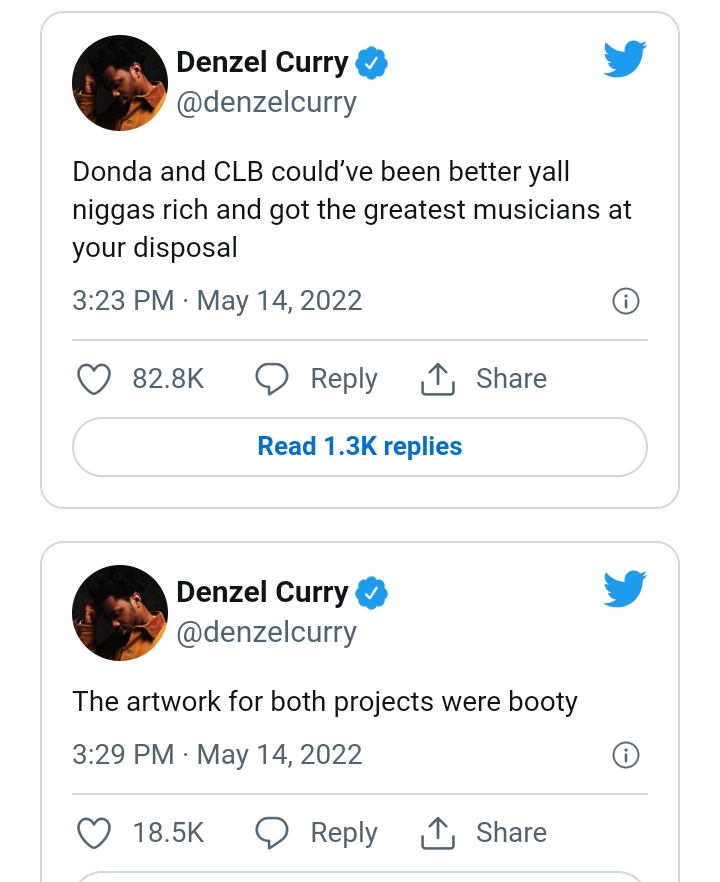 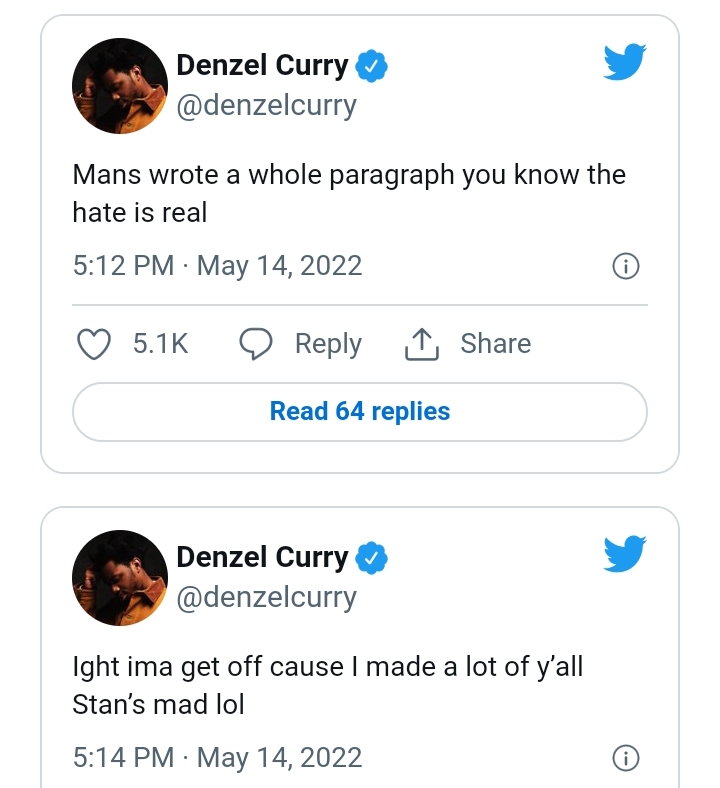 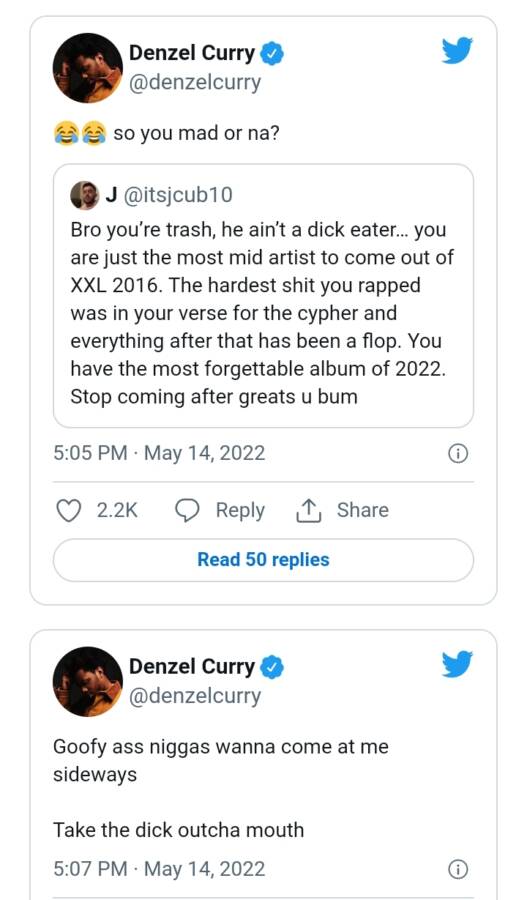 Denzel Curry is known for his controversial persona. So perhaps his latest outburst about two highly regarded projects shouldn’t be a surprise. It remains to be seen who he’d attack next.

Tags
Denzel Curry USA
John Israel A Send an email 17 May 2022
Back to top button
Close
We use cookies on our website to give you the most relevant experience by remembering your preferences and repeat visits. By clicking “Accept All”, you consent to the use of ALL the cookies. However, you may visit "Cookie Settings" to provide a controlled consent.
Cookie SettingsAccept All
Manage Privacy