Madikizela, the lady who had accused DJ Fresh and Euphonik of raping her and her friend a while back, has lambasted the two of them for leaking her house address.

When she filed the case against the two, she had accused them  of drugging and rapping her and her friends. The allegation had provoked great interest at the time, but the two accused insist they are innocent, accusing their accuser of bring a pathological liar.

they have been issuing statements from time to time to drum him the message of their innocence. in all this, they insist they don’t know their accuser

in a tweet yesterday 22 February, the accuser, who goes by the user name @Nampree on Twitter, alleged that the two are users their powers and influence as public figures to intimidate and silence her.

Now, because her physical address was leaked, according to her, she can’t talk. You can check out her tweet below. 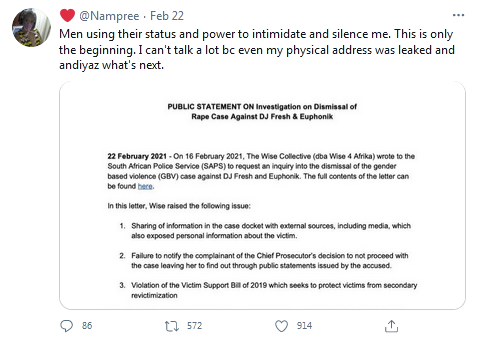 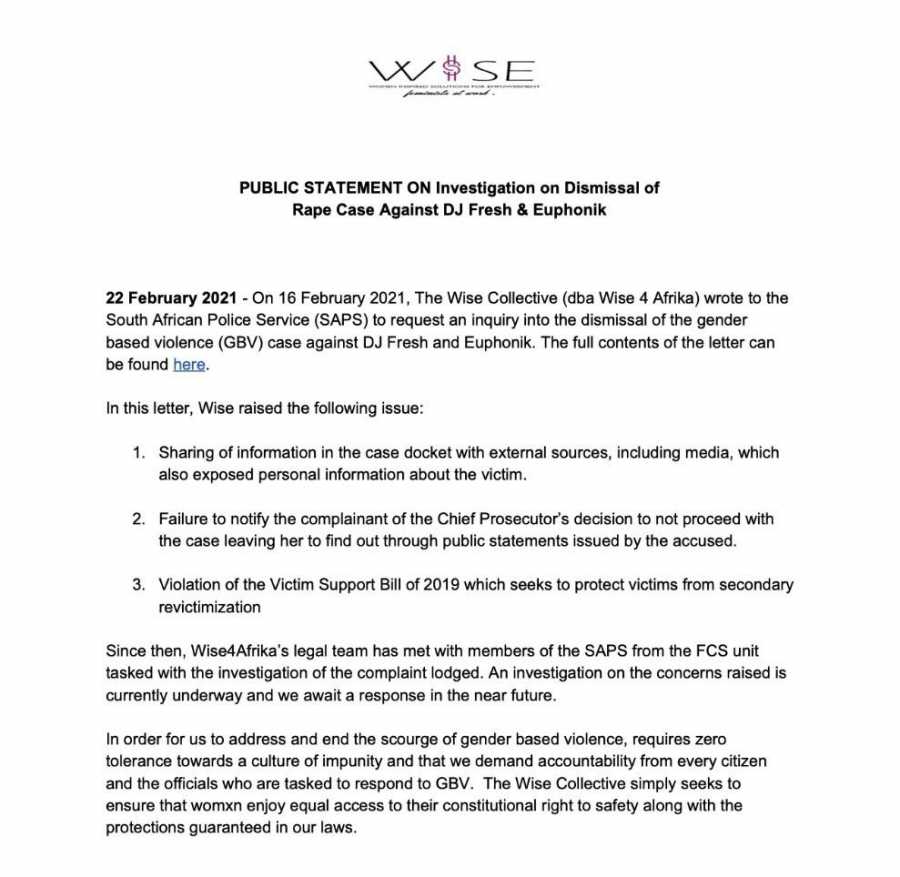 By the way, mixed reactions have great her rape allegation. while some social media users support her, others think she is lying .

Well, what do you think of the leaking of the rape accuser’s address? You  may want to join the conversation by dropping your thoughts in the comment section below.

Tags
DJ Fresh Euphonik
John Israel A Send an email 23 February 2021
Back to top button
Close
We use cookies on our website to give you the most relevant experience by remembering your preferences and repeat visits. By clicking “Accept All”, you consent to the use of ALL the cookies. However, you may visit "Cookie Settings" to provide a controlled consent.
Cookie SettingsAccept All
Manage Privacy