The said lady had accused DJ Fresh and his pal Euphonik of raping her and her friends in 2011 during a time out. The two accused vehemently denied the allegations The case against them was thrown out for lack of merit.

DJ Fresh and Euphonik had issued a statement thereafter, stating how bad it was that someone should use GBV as a weapon against them. They thanked those who stood by them when the case popped online, their family and friends.

Not done with denying the allegations against them, the pair has released another statement in which they claimed @Nampree’s star witness was actually not present, contrary to what she had claimed in filing her case against them.

The statement provoked mixed reactions online. While some Twitter denizens supported the two artistes yet, others pointed out supposed holes in the statement, insisting it in no way disproves the rape allegations against them. You can check out the statement below. 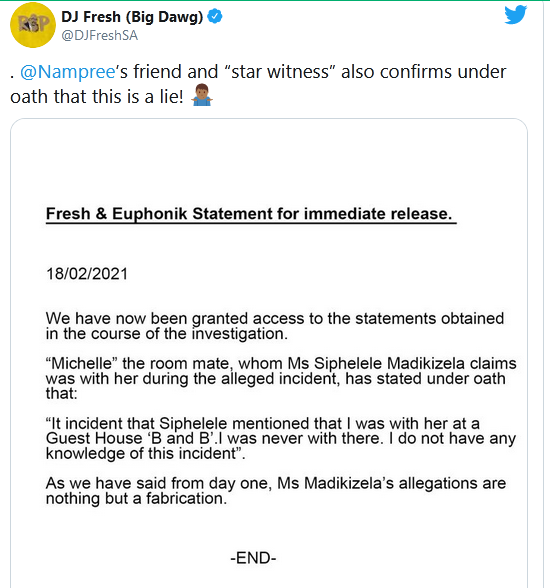 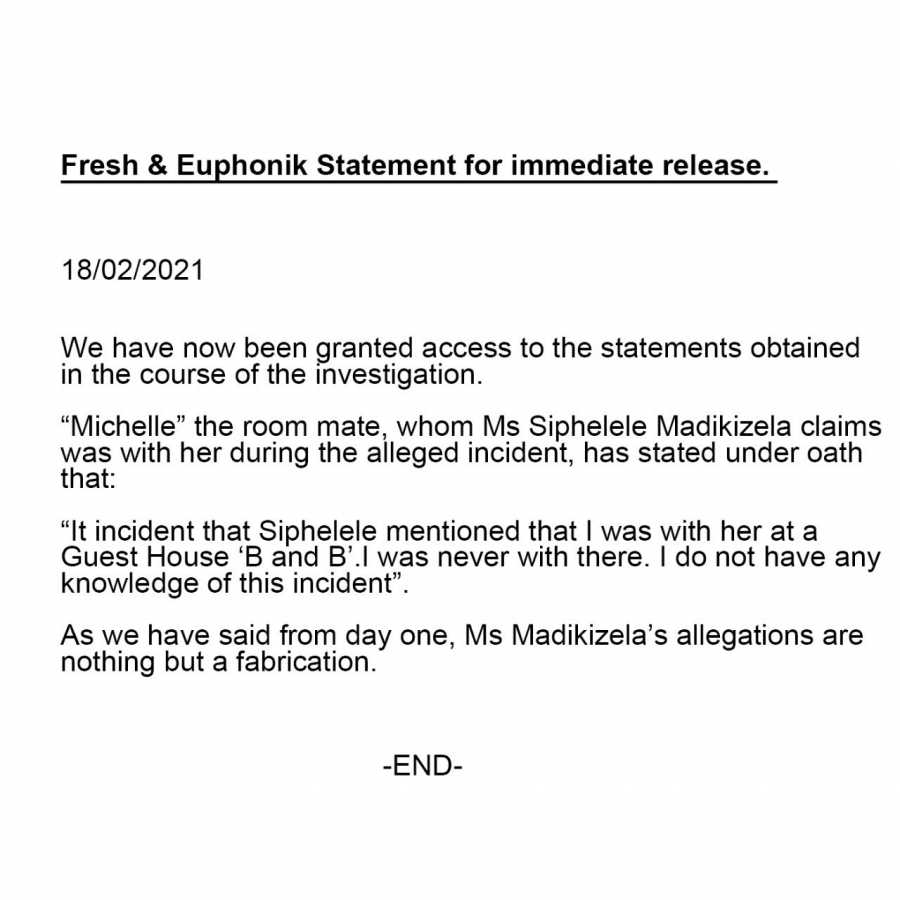 What do you think? You’re welcome to join the conversation by dropping your thoughts in the comment section.

Tags
DJ Fresh
John Israel A Send an email 18 February 2021
Back to top button
Close
We use cookies on our website to give you the most relevant experience by remembering your preferences and repeat visits. By clicking “Accept All”, you consent to the use of ALL the cookies. However, you may visit "Cookie Settings" to provide a controlled consent.
Cookie SettingsAccept All
Manage Privacy