Another day, another celeb show off. We have all gotten used to this by now but somehow, it still shocks us when someone shows off. DJ Maphorisa is currently the talk of social media for claims of making artists real stars.

Well, we wonder what the difference is between a real star and a fake one. Truth is, Phori has been involved in the making of some of the biggest stars on the scene right now; from Sha Sha to Zingah, Mas Musiq and more. We can’t take that away from him, but of course some would argue that their talent brought them where they are.

However, some believe your talent can only take you so far. The Mzansi star once revealed that he knows the music industry really well. Apparently, it took him 10 years to figure it out. He has since put that knowledge into building the careers of some of the industry’s biggest artists. 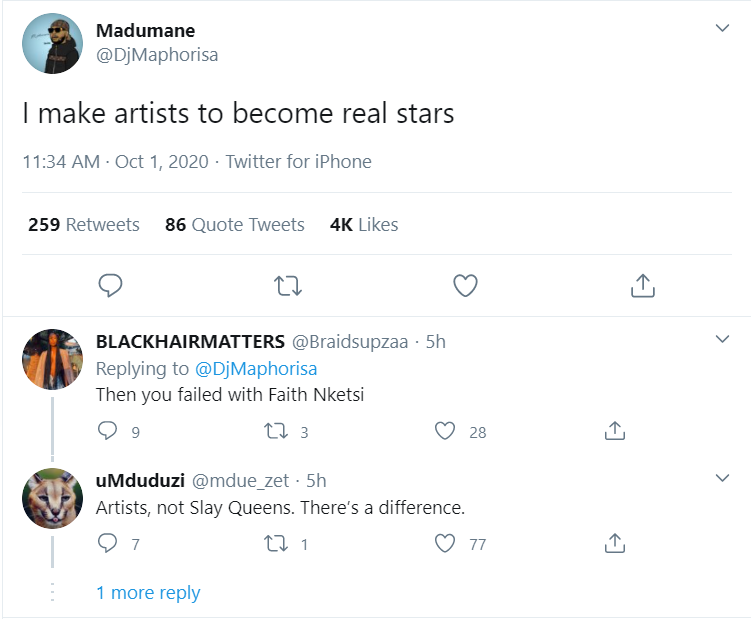