DJ Sue and Nthabeleng Mat_Elle set to feature on PJ Party With DJ Zinhle airing on MTV Base.

You’ve got to just love DJ Zinhle for all the work she puts in. The Mzansi star has proven time and time again, that she’s a go-getter.

Many weeks back, the “Umlilo” hit maker debuted her Live show, PJ Party With DJ Zinhle via her social media channels. Later on, she expanded, airing it via, Pearl Thusi and Oskido’s pages too. She has since featured several female Mzansi artists including Lucille Slade, Busiswa, DBN Gogo, and more on the show.

Now, its next episode is set to air Live on MTV Base South. In a recent update, she revealed that this week’s PJ Party With DJ Zinhle would not only air on MTV Base South but also feature DJ Sue and Nthabeleng Mat_Elle. Instead of a Thursday, it will air on Saturday from 6PM to 8PM CAT. Get ready to party. 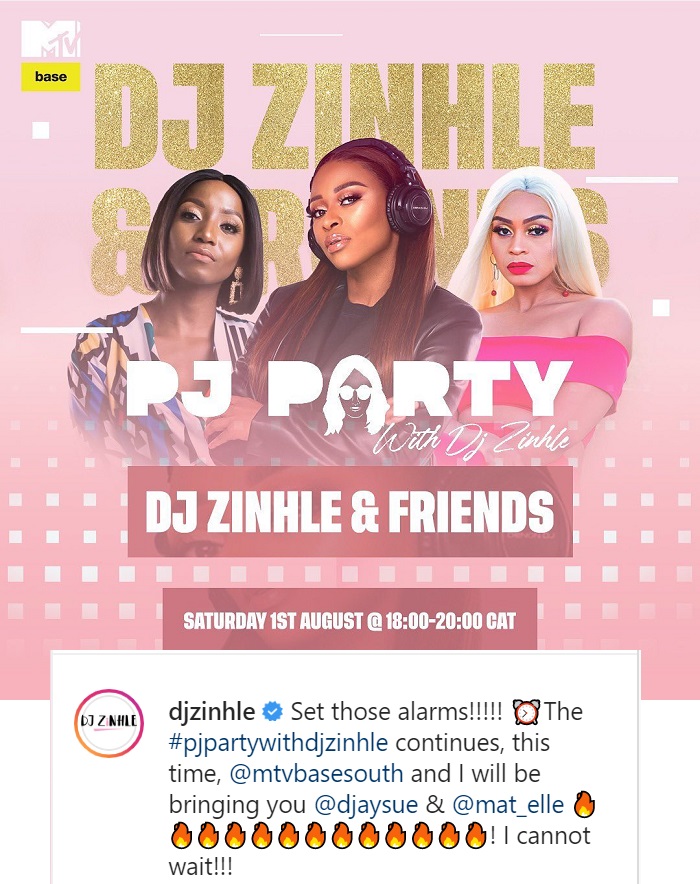