While we thought we heard enough of dope projects dropping, Afrotainment boss, DJ Tira comes and hits us with news of the release of his EP. It is called “21 Years Of DJ Tira”. Literally everyone who has heard about it has been expectant.

If you didn’t know, the Mzansi star is celebrating a total of 21 years in the music industry. That’s two decades and a year of making amazing music and blessing fans with hits. Wow! That actually means the “Thank You Mr DJ” hit maker has seen a lot of changes happen in the music industry.

The “21 Years Of DJ Tira” EP was announced a few weeks back via a tweet by the talented DJ. Now, Afrotainment has revealed a date for the release. The label announced the date to be Monday, August 24. They also revealed that it features contributions from Nomcebo Zikode, Berita, Mampintsha and more.

This is definitely going to be an amazing project. Indeed Tira has been instrumental to the growth of the SA music industry. He is credited for the success of a lot of musicians including SA’s most recent stars, Q-Twins. 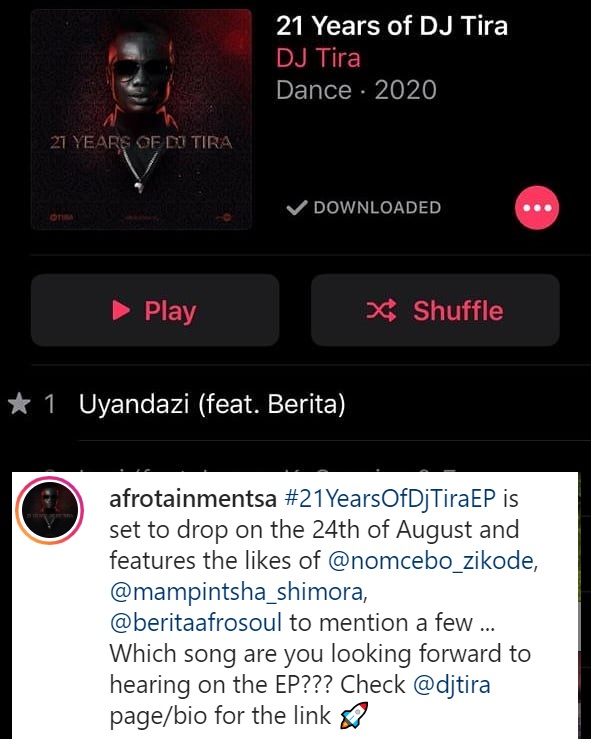