In a recent question and answer session on Instagram, “Uzobuya” songstress DJ Zinhle opened up to her fans on her life and career, as well as how her current boyfriend Murdah bongz showed her that he liked her.

Asked by a how the Black Motion member had showed his feelings for her, she stated that she had found a vinyl record from her old collection, and on the cover was a note she had written to her father when he passed away in 2010.

Bongani took the record, sampled it, and made a song especially for her. This supposedly small act of consideration got her emotional, according to her, and confirmed that he truly liked her.

Asked who is her favourite DJ beside herself and she had wasted no time naming her man Murdah Bongz, whom she’s allegedly pregnant for. 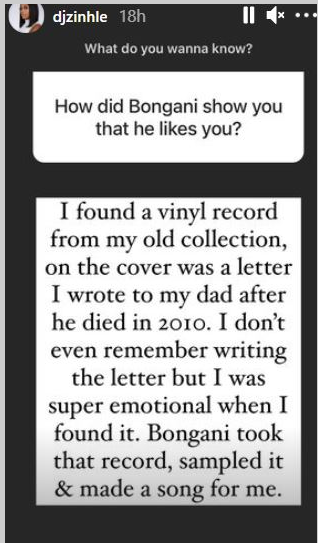 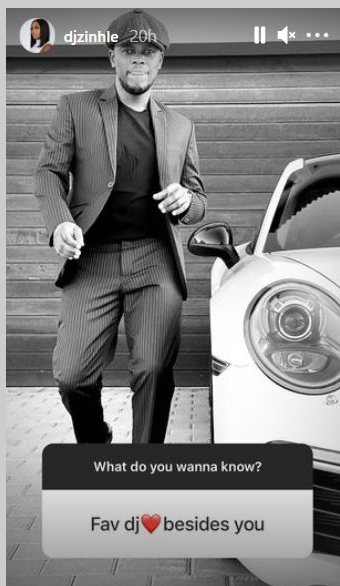 Prior to getting into a relationship with Murdah Bongz, DJ had dated and broken up with AKA (Kiernan Jarryd Forbes) twice. Some of her fans were particularly miffed when she decided to take AKA back a second time.

Anyway, DJ Zinhle has found a new man in whom she’s well pleased. In fact, some of her fans are saying he’s the bod she should have dated in the first place.