South African social media is currently abuzz after Limpopo Health MEC Dr Pophi Ramathuba was caught on video confronting a Zimbabwean national at a hospital and telling them that her department has no budget to cover the treatment of foreigners.

The clip has since gone viral, igniting the vexed issue of immigration in South Africa and the attendant problems. In South Africa, reactions to the video have been pretty mixed. The majority, though, appear to be in support of the MEC. You can check out the video below.

In any normal country this video would be the leading item on all news stations & newspapers, and it would cause emergency debate in parliament tomorrow morning, but not in Zimbabwe.

This South African minister is right, Zimbabwe has become an embarrassment due to ZANUPF LOOTING pic.twitter.com/XzCWRHx9GN 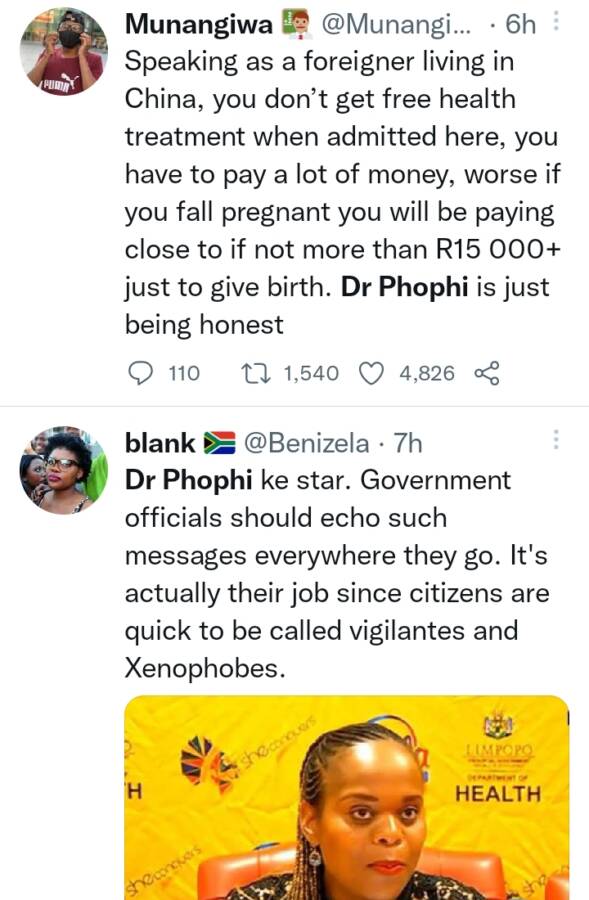 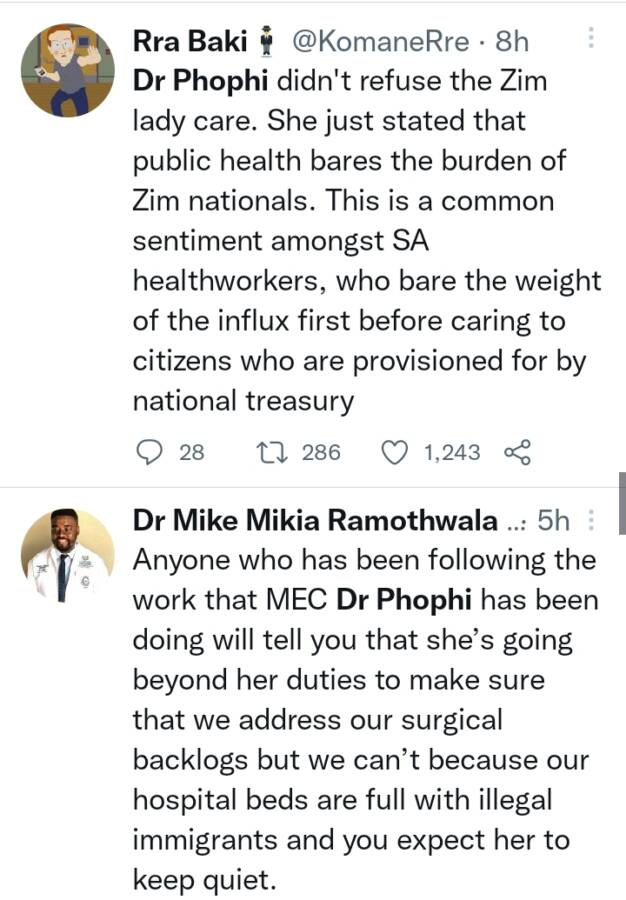 Controversial Zimbabwean journalist Hopewell Chin’ono is fully in support of Dr Pophi Ramathuba’s actions, and he made that clear in the video he shared. He noted that the video should have been a subject of national discussion back home, but that’s not yet happened.

This isn’t the first time Dr Pophi Ramathuba has provoked controversy with her actions, though. Earlier this year, miffed with the prevalence of teenage pregnancies, she had addressed a group of female students in Limpopo, urging them to close their legs and open their books.

Her words had elicited outrage back then, but she insisted she was justified because the students she addressed had no one to explain sexuality and conception to them.

Tags
Pophi Ramathuba
John Israel A24 August 2022
Back to top button
6
Close
We use cookies on our website to give you the most relevant experience by remembering your preferences and repeat visits. By clicking “Accept All”, you consent to the use of ALL the cookies. However, you may visit "Cookie Settings" to provide a controlled consent.
Cookie SettingsAccept All
Manage Privacy