It appears Emtee Records boss Emtee’s relationship has veered off course and the songster is pretty scared right now for his safety.

In a recent thread, the songster, who is gearing to release an album titled “Logan,” indicated that his wife Nicole Chinsamy has been abusing him for years now. In fact, according to him, she had called the police on him twice, lying that he was abusing her, although, according to him, it was the other way round. 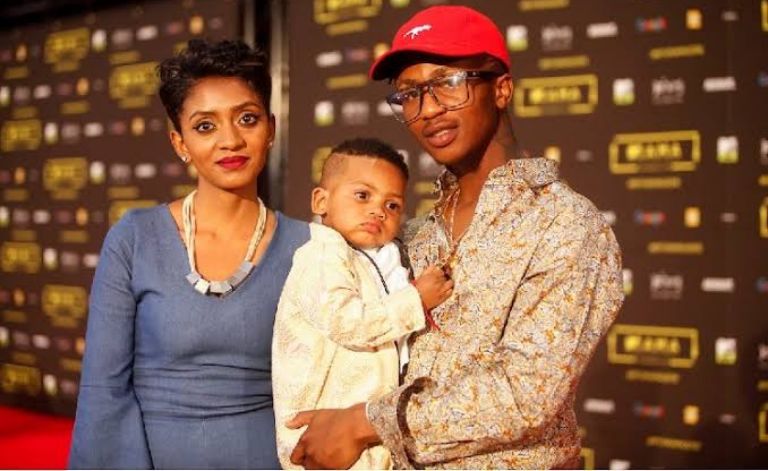 Emtee’s cry has elicited mixed reactions from the public. Some fans think the claim that his wife is abusing him is just publicity stunt for his imminent “Logan” album.

The claim of abuse has provoked concern from other fans and fellow musicians, including Kid Tini, one of the artistes till signed to Ambitiouz Entertainment, a record label Emtee had long denounced for crippling his career.

In a tweet, Kid Tini indicated that the society usually treats with levity the issue of women abusing men, and rarely vice versa.

Check out Emtee’s  thread below. 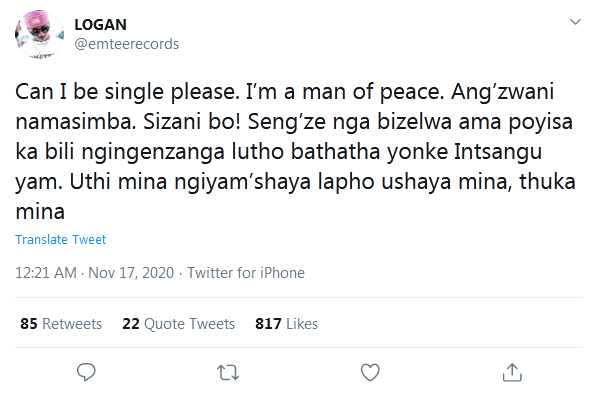 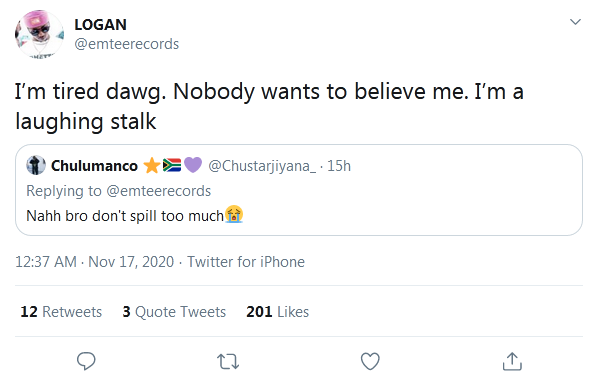 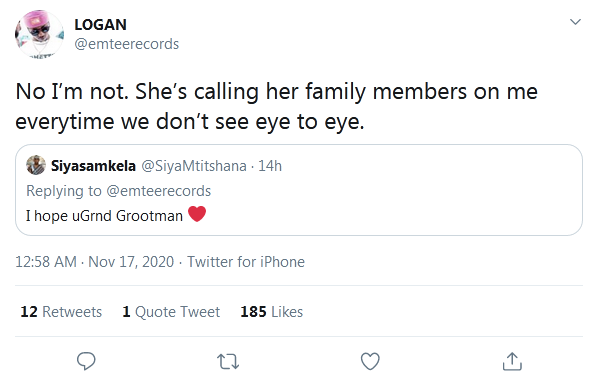 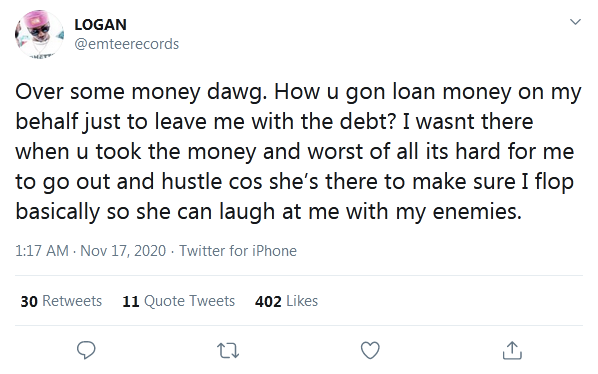 Well, what o you think of Emtee;s claims that his wife has been physically abusing him and the debate the claim is generating? You might want to join the conversation by dropping your thoughts in the comment section.

Tags
Emtee Nicole Chinsamy
John Israel A17 November 2020
Back to top button
Close
We use cookies on our website to give you the most relevant experience by remembering your preferences and repeat visits. By clicking “Accept All”, you consent to the use of ALL the cookies. However, you may visit "Cookie Settings" to provide a controlled consent.
Cookie SettingsAccept All
Manage Privacy