The wait for Emtee’s “Logan” album is about to come to an end as the songster shares the cover art and tracklist of the intensely anticipated album named for one of his sons.

A day ago, on November 16, Emtee shared the cover art of the imminent compilation. This isn’t the first cover art of the work the songster has released, however. He had earlier released a cover art for “Logan” the album showing his son about to smash a basketball into the net amid the plush arrogance of the Johannesburg neighbourhood.

The latest cover art retains the visage of his son, but this time Logan is staring into space and not about to score a goal.

“Logan” the album is a 17-track compilation beginning with an eponymous track produced by BFB. Other producers Emtee co-opted on this album include Young2unn, Ruff, Master BC, Knife Beatz, Blacktears, Lani and Johnny Bass

For guests Emtee picked some easily recognizable voices in South African music, including Lolli, Siya Seya, Moozlie, Flash Ikumkani, Tuckshop Bafanaz, and Jsmash. You can check out the full tracklist below. 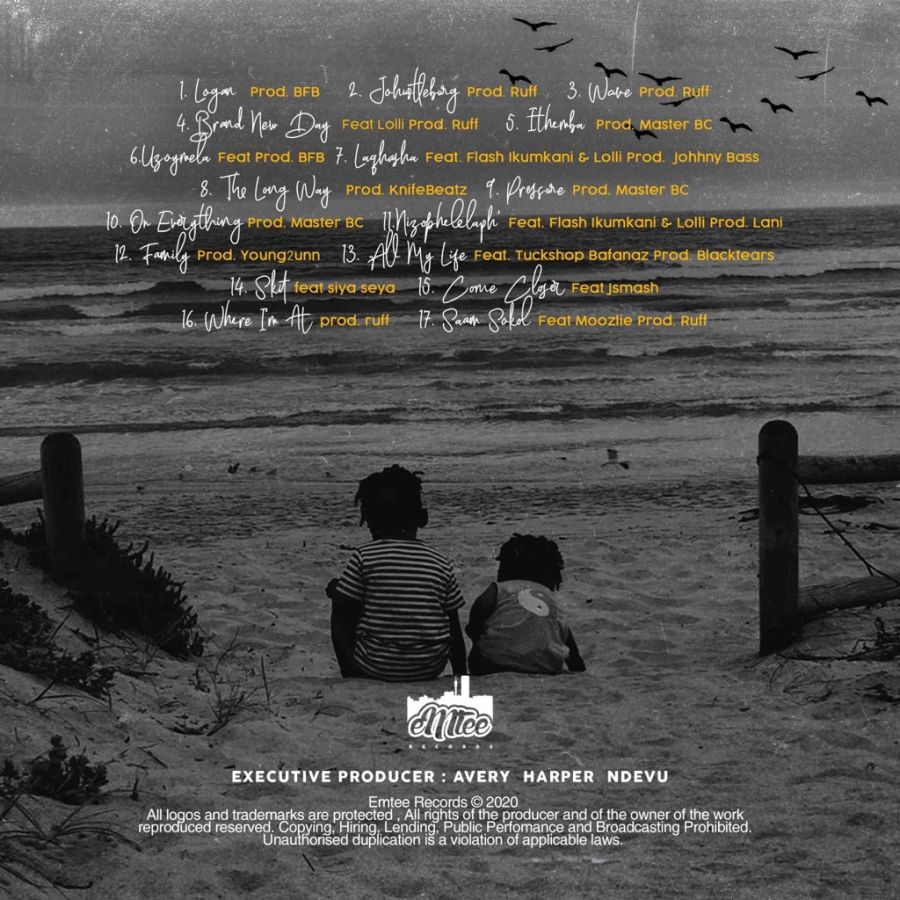 Well, having seen the tracklist, y’all might want to keep your eyes peeled for the full compilation. Swe’re going to share it here on release. Stay tuned for updates.

Tags
Emtee
John Israel A Send an email 17 November 2020
Back to top button
Close
We use cookies on our website to give you the most relevant experience by remembering your preferences and repeat visits. By clicking “Accept All”, you consent to the use of ALL the cookies. However, you may visit "Cookie Settings" to provide a controlled consent.
Cookie SettingsAccept All
Manage Privacy