Former Ambitiouz Entertainment artiste Emtee has opened up about his current relationship with his father. Back in 2017, the two were said to have been in disagreement.

Emtee had spoken about the relationship with his father (his parents, really) in a song titled “Mama,” which was part of his “Avery” album of the same year (2017). In the lyrics to the song, he had asked God to look after his kids and his mother.

About his father, however, in the same song, he said he wasn’t so sure because he hadnt seen him in weeks and they hardly spoke. Well, whatever tiff he had with his father at the time might be over now. According to the “Prayer” muso, he and his father are now cool.

Emtee made the clarification when a fan asked him about his imminent album “LOGAN.” The fan, who goes by the Twitter handle @floyd4l wanted to know if Emtee still had the same experience and would include it in his forthcoming album. 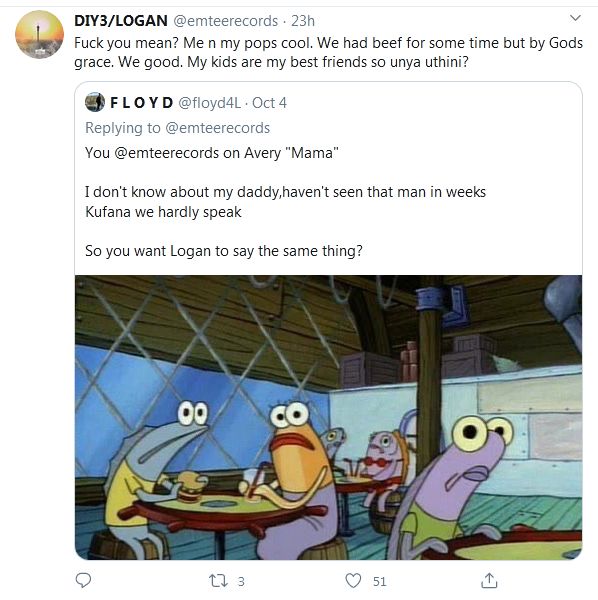 Well, from the looks of it, fans who are expecting steamy father-son feud are in for a big disappointment. Or what do you think? You might want to join the conversation by dropping your thoughts in the comment section below.