He might have taken a brief break from social media, but Emtee Records boss Emtee still managed to release a line of sneakers named for him, and yes, is still rocking the life. This much should be evident in the way he celebrated his 28th birthday.

On 15 September, the songster turned 28 and marked it quietly with his sons Avery and Logan. He, however, did not break his hiatus from social media to share images from the event. Also, his girlfriend Nicole Chinsamy did not share images of the event on her Instagram page.

That notwithstanding, images from the event has popped online. You can check out some of them below. 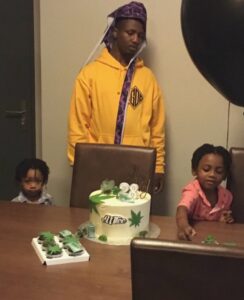 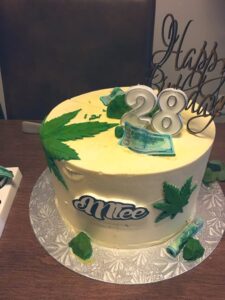 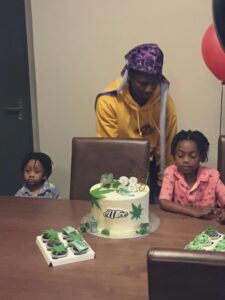 Emtee is said to be currently working on new projects named for his sons. The work is reportedly part of the reasons for his break from social media. Already, he has challenged Mzansi’s graphic designers to design the cover art of the project, promising a reward of R3k each for the best covers (2 covers in all).

The champ is determined to use little known designers to give them a chance to reach a wide audience. There’s no talk yet of tracklist or date of release. But that should follow in the coming weeks.