In a series of tweets, Emtee Records boss Emtee has accused his wife of abusing him, stating that he is now scared for his life.

At the time Emtee had tweeted, some of his fans had thought he was cleverly executing PR for his upcoming “Logan” album. Recent events may have indicated he was not doing some publicity stunts after all.

The woman at the centre of Emtee’s fear and chagrin, Nicole Chinsamy, has just released a formal statement, denying the whole allegations against her and wondering why, for the umpteenth time, she should be made to look bad in the eyes of the public.

She said she had elected to keep quiet previously when Emtee said some hurtful (and in her words untrue) things about her. But now she has elected to speak out, to disabuse the mind of the public from all the allegations Emtee had hurled in her direction.

Previously she had kept quiet because she had thought of the consequences a public statement (from her) would have on Emtee’s musical career.

She admitted that in choosing to release a statement, the two sons she had with Emtee, Avery and Logan, might have to bear the brunt.

See the full statement below. 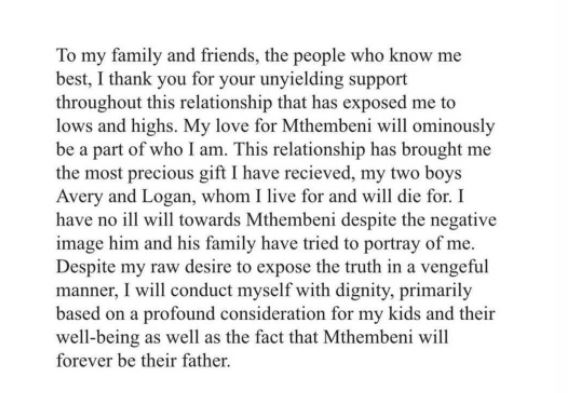 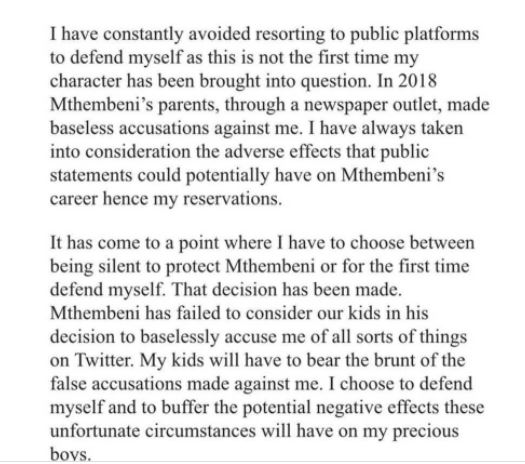 Tags
Emtee Nicole Chinsamy
John Israel A19 November 2020
Back to top button
Close
We use cookies on our website to give you the most relevant experience by remembering your preferences and repeat visits. By clicking “Accept All”, you consent to the use of ALL the cookies. However, you may visit "Cookie Settings" to provide a controlled consent.
Cookie SettingsAccept All
Manage Privacy