It’s been a while since the crisis in her marriage exploded in the open, leading her to file for divorce from her estranged husband Black Coffee. But Enhle Mbali is still wearing her wedding ring.

Since filing for divorce from her famous DJ husband, in various photos, the actress had flaunted her ring. A wedding ring, as you probably already know, is the first thing most women bin when filing for divorce or when they catch their spouses cheating.

Curious why Enhle Mbali is still wearing her ring, a fan had asked her why. Responding, the actress, who’s currently working on a new flick, had urged the fan not to take things at face value.

According to her, she may still have her wedding ring, but it’s not for the reason the fan might have in mind. 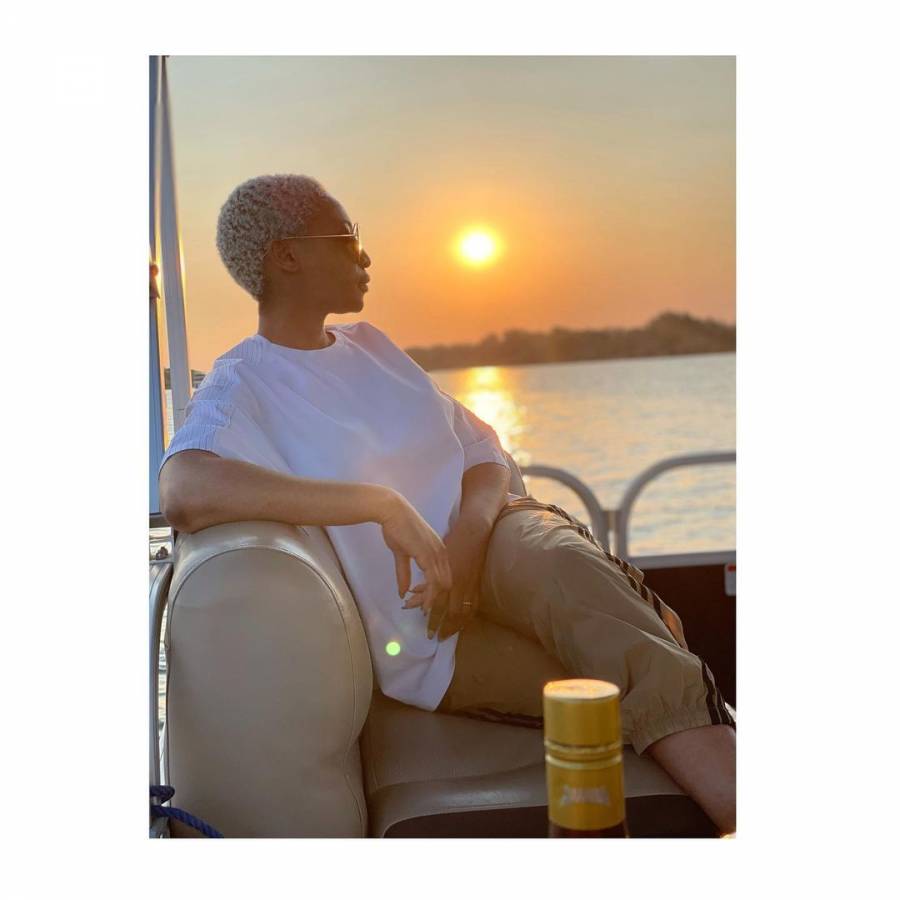 By the way, just recently, the songstress had called her estranged husband “Dad” while thanking him for the racing car he bought for their son.

Thereafter, she had shared a song of his, leading fans to express their desires the couple should resolve their differences and get back again together. But Enhle had laughed this off, stating fans should direct their prayers to more important things.