Enhle Mbali’s mother supports and defends her amid backlash rising from the Black Coffee divorce drama.

A while ago, news broke that Black Coffee and Enhle Mbuli had called it quits and were divorcing each other. While that saddened us, we were really prepared for the following drama that would ensue.

Recently, Enhle’s demands from the divorce were made public and social media did not like them at all. It was revealed that the actress is reportedly demanding that Black Coffee pay R4 million in legal fees, and over R100,000 in child support. Did we mention she wants an additional payment for her medical expenses.

The backlash resulting from this prompted Enhle’s mother to come to her defence. Taking to Instagram, she shared a photo of them in PJs, and encouraged her to endure it all as much as Jesus Christ did. Yes you heard that right. Read the full post below. 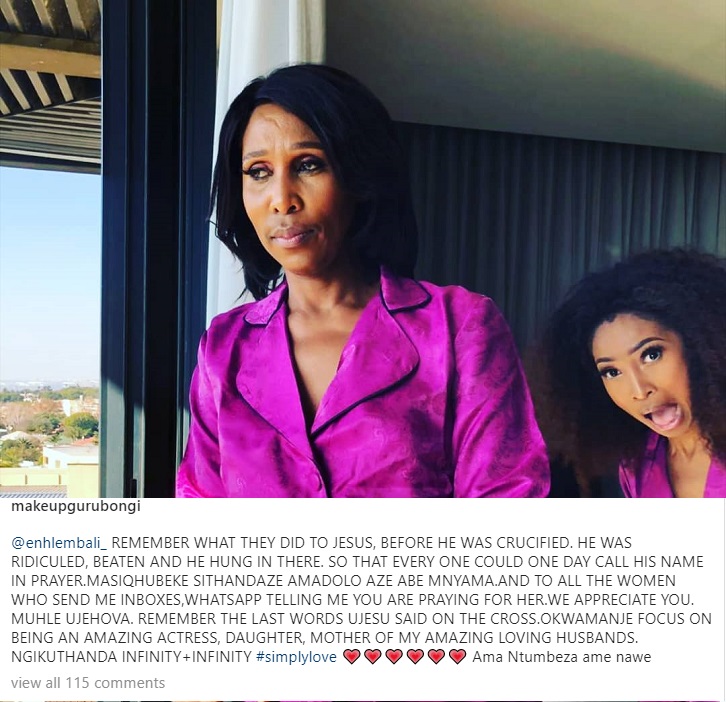