It’s no longer news that South African singer Nomcebo has joined the league of entrepreneurs with perfume brans to their names.

She now owns a perfume brand called Duchess, with several fragrances under the brand, including Glamazon, Radiance, and Royal Gold. But which is the favorite among the fans?

Well, on Twitter, her fans had a great time sharing which of the scents resonated the most with them. From the responses, it was clear that Royal Gols was a big hit with the fans. You can see some responses below. 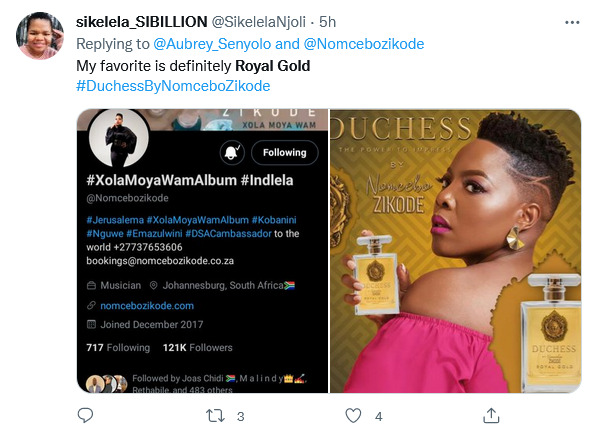 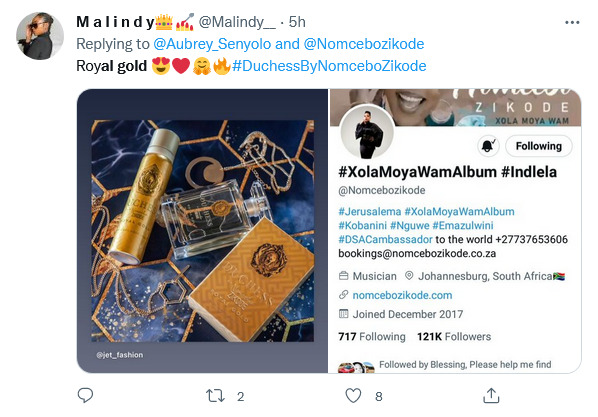 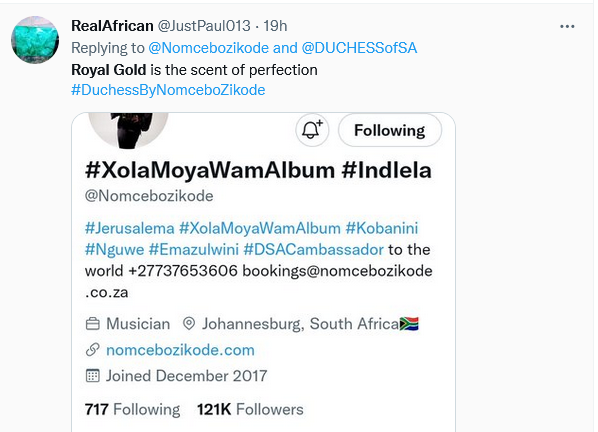 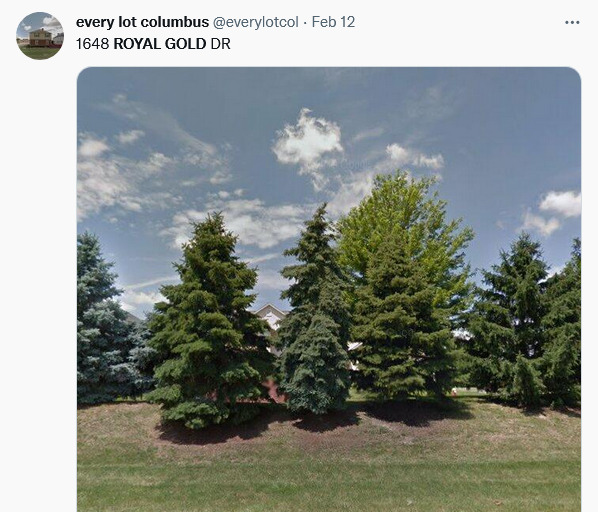 Nomcebo is currently one of the leading figures in South African music right now and is justifiably high in demand. However, it has not always been like this. She had a serious brush with fame after she released “Jerusalema” in collaboration with Nomcebo.

The song was a global hit and established Nomcebo’s career. Today it is near impossible to discuss South African music without somehow mentioning her name.

With the cheddar from music, she had decided to diversify into other fields. And from the look of things, her fans are loving her business adventure – especially in the world of perfumes.

It remains to be seen how much longer the love for Royal Gold will continue.

Tags
Nomcebo Zikode
John Israel A Send an email 15 February 2022
Back to top button
Close
We use cookies on our website to give you the most relevant experience by remembering your preferences and repeat visits. By clicking “Accept All”, you consent to the use of ALL the cookies. However, you may visit "Cookie Settings" to provide a controlled consent.
Cookie SettingsAccept All
Manage Privacy