Mzansi muso Flvme’s girlfriend has gone on a Twitter rant, asking him to leave her out of his music. The pair broke up recently. But before then they had one of the best relationships, serving couple goals to the Rainbow Nation.

Flvme and girlfriend Ashley Ogle split allegedly because of her cheating ways. Following the split, it was reported Flvme had asked for his assets, which she refused to return. Thereafter, in his songs, Flvme had tossed some shades her way.

She was quiet in the beginning but is now speaking up. In a series of tweets, she asked him to leave her out of his music. She also described him as lying, but without specifying what exactly he was lying about.

Perhaps without meaning to, she had caused a little drama on Twitter, with fans chipping in their cents on her rant. The question many have been asking out there and which remains unanswered is, will Flvme leave her out of his music? You may want to follow her rants in the screenshots below.

Well, what do you make of Flvme’s girlfriend’s rant? You might wish to join the conversation by dropping your thoughts in the comment section below. 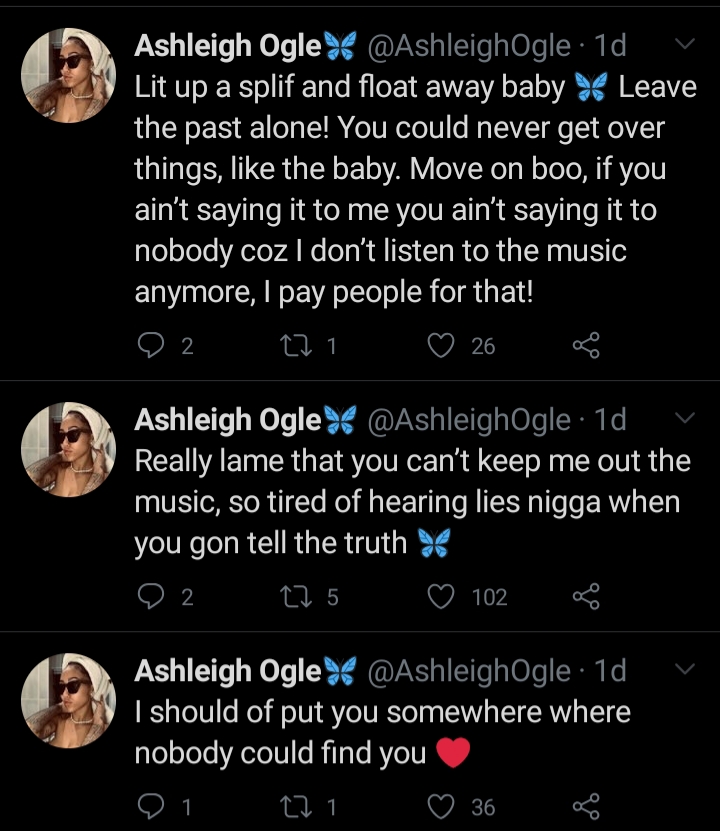