Flvme has clapped back at Ambitiouz Entertainment which had compared him in a recent tweet to Emtee and A-Reece, who, like Flvme, were formerly signed to the record label.

In the tweet, the controversial record label stated that Emtee’s “LOGAN” album popped at No.1 on release, while A-Reece’s “Today’s Tragedy, Tomorrow’s Memory: The Mixtape” managed to hold the No. 2 position. It then wondered aloud what happened to Flvme.

Not one to be buried with a tweet, Flvme had responded that he had hit No. 1 more than both artistes Ambitiouz Entertainment mentioned. He dropped a couple of laughing emojis indicating he doesn’t take the record label seriously. 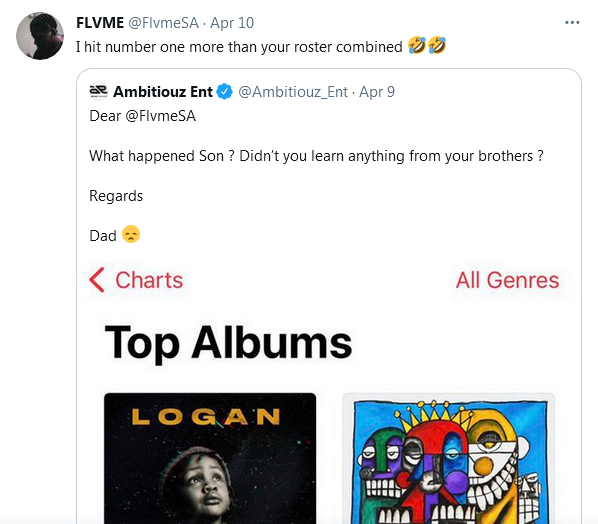 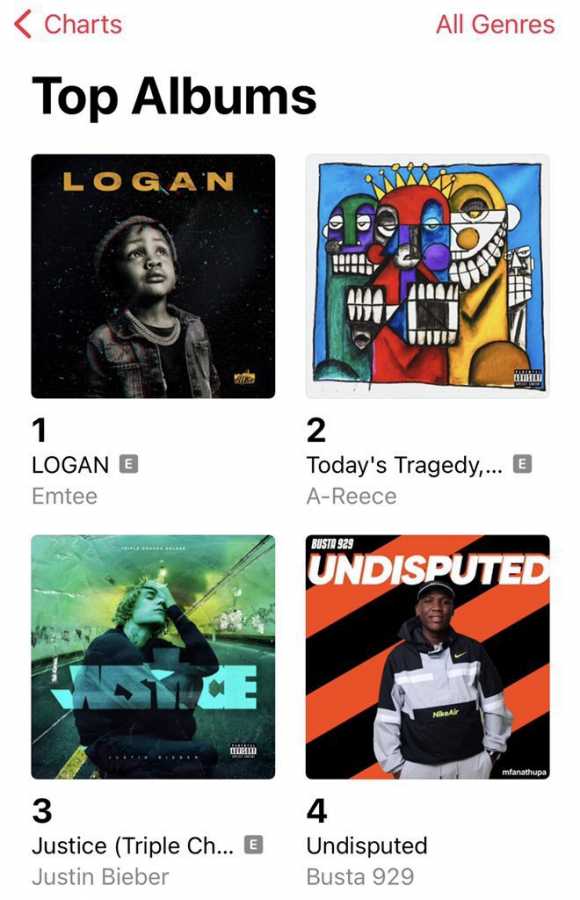 Ambitiouz Entertainment laughed off Flvme’s tweet, urging the rapper to wake up. You can check out the tweets below.

By the way, Flvme began his career with Ambitiouz Entertainment but left soon after. He’s now and indie artiste and doing well. Just recently, he and Emtee had a spat on who, between the two of them, makes better hooks. So heated was the war that Da L.E.S had to intervene.

What do you think of Flvme’s response to Ambitiouz entertainment comparing him to Emtee and A-Reece? You might want to join the conversation by dropping your thoughts in the comment section below.