Not done with treating fans to the music video of his hit song “Ke Star,” which features Vigro Deep, Focalistic is set to extend the lifespan of that record with a tour.

The decision to go on a tour follows the radical relaxing of lockdown in South Africa. Previously, the country was on level two, which was pretty restrictive. The country moved to level one this week, which is less restrictive.

The movement to level one follows the president Cyril Ramaphosa’s announcement last Wednesday.

Focalistic announced his Ke Star tour on Heritage Day, yesterday 24 September 2020, with a flyer indicating the tour has begun. The tour began on Heritage Day with a show at Cayotes Lounge, Nelspruit, Mpumalanga.

The current flier indicates the tour might end 11 October 2020. But Focalistic says more dates are coming.

So you might want to keep your eyes open for more dates to be added to the champ’s Ke Star Tour. If you want him to be in your city, you might want to indicate that much in the comment section – or say so in response to his current flier about the tour.

You may want to check out the current Ke Star Tour dates below. 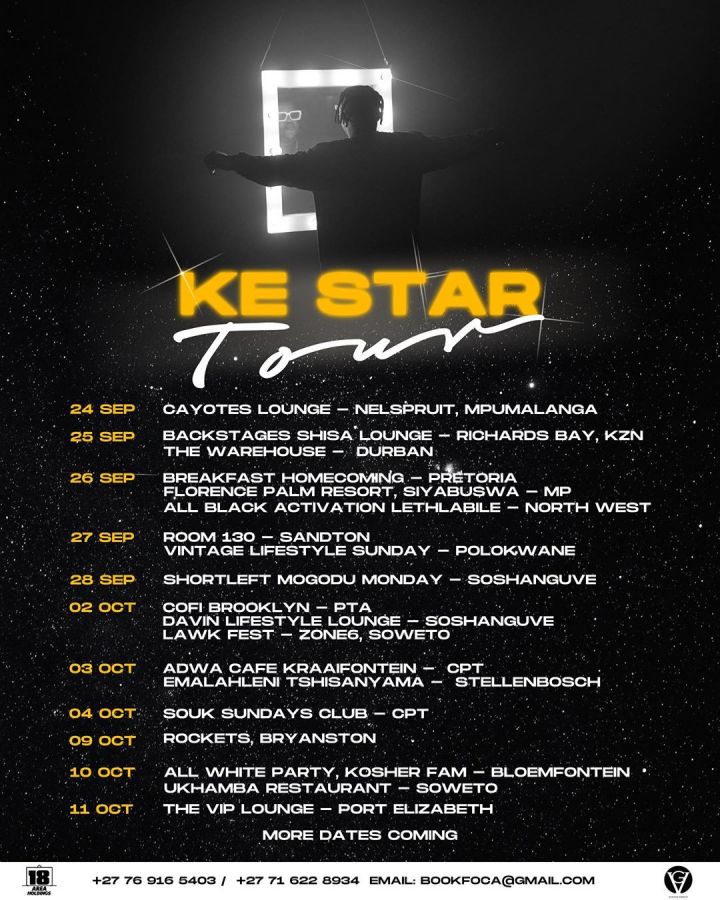 Tags
Focalistic
John Israel A Send an email 25 September 2020
Back to top button
Close
We use cookies on our website to give you the most relevant experience by remembering your preferences and repeat visits. By clicking “Accept All”, you consent to the use of ALL the cookies. However, you may visit "Cookie Settings" to provide a controlled consent.
Cookie SettingsAccept All
Manage Privacy