It is just sad that we have to mourn a loss every month of this year. Mzansi has been hit with news of the recent passing of yet another media legend, Grant Shakoane. The legendary Metro FM presenter, Grant Shakoane has been confirmed dead.

The news was broke by fellow radio veteran, and Grant’s close friend, Wilson B. Nkosi. We are yet to figure out what led to his passing. However, media star, and another of Grant’s close friend, Tim Modise previously took to Twitter to announce that Shakoane had been hospitalized last week.

He revealed that he was at a Johannesburg hospital, and was in serious condition. According to his wife, he’d been “in this battle for a while”. Shakoane’s recent demise has hit Mzansi hard, prompting pained reactions from both fans, and fellow media stars. They’ve all paid tribute to him on social media. 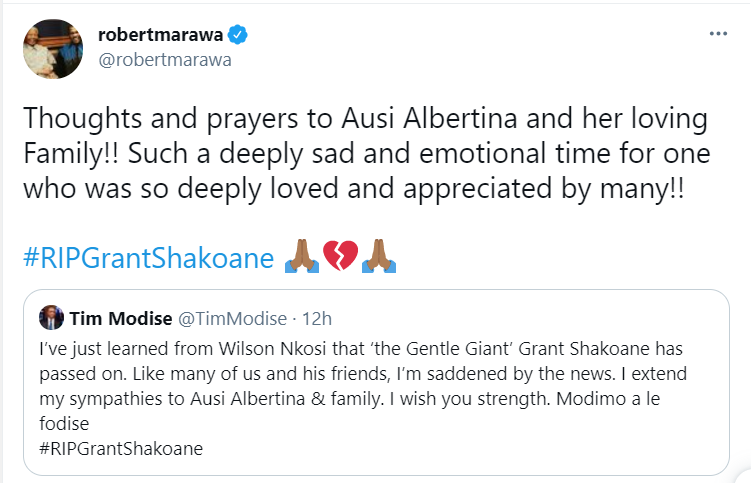 Tags
Grant Shakoane
John Jabulani Send an email 22 April 2021
Back to top button
Close
We use cookies on our website to give you the most relevant experience by remembering your preferences and repeat visits. By clicking “Accept All”, you consent to the use of ALL the cookies. However, you may visit "Cookie Settings" to provide a controlled consent.
Cookie SettingsAccept All
Manage Privacy