Umakoti Wethu is now streaming first on Showmax, just in time for Heritage Day. SAFTA and Africa Movie Academy Award Best Actress winner Fulu Mugovhani gives another prize-worthy performance as Khathu, a Venda woman struggling to conceive, who finds herself in crisis when her Zulu husband’s new job takes them back to KwaZulu-Natal, his overbearing mother, and his old flame. 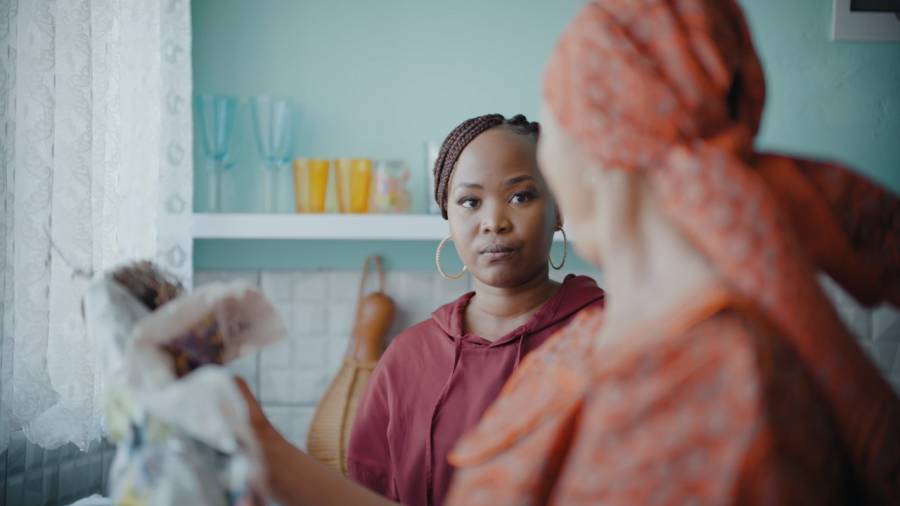 “Umakoti Wethu is about family matters,” says Fulu, who’s acted in everything from Ayanda to Happiness Is A Four-Letter Word, One Night Kwa Mxolisi to Seriously Single, Ring of Lies to Still Breathing. “It follows a couple who are going through a transformation in their relationship. They want to grow their family in every way but with that comes challenges.”

Fulu jumped at the chance to speak her language on screen. “I’ve played many Venda characters but not a lead,” she says. “So it’s great to see a minority language represented on a bigger scale.”

Beyond Black Productions executive producer Moeketsi Moeketsi says Umakoti Wethu is an attempt to “pay homage to a beautiful part of the isiZulu culture while in the same breath giving voice to those individuals that may not always be heard within that same culture.” 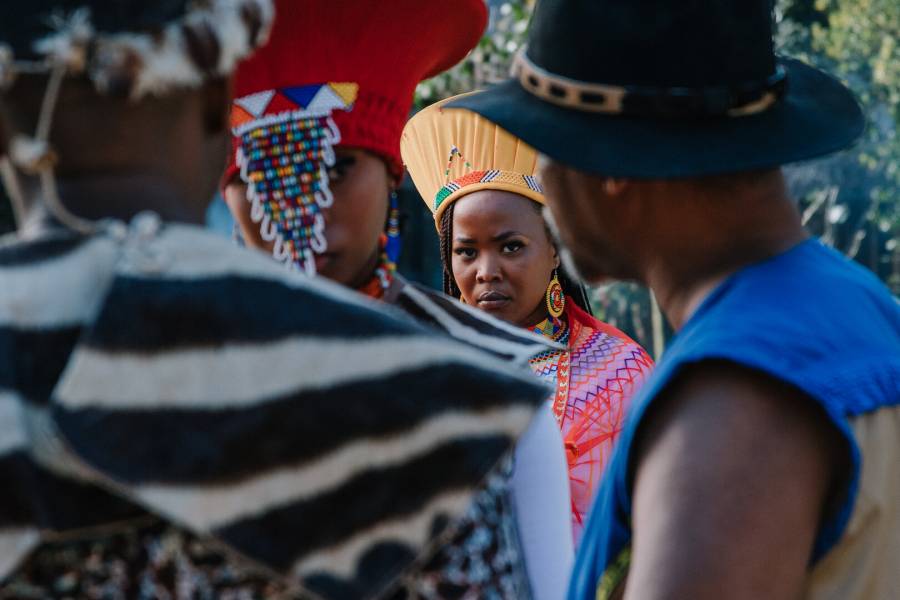 In particular, Kwanele hopes Umakoti Wethu creates more understanding about “what queer people go through almost every single day of their lives.”

She describes her character Nobuhle as “a young lady who comes from a well-respected family. She grew up under this immense pressure to do good and be perfect. Nobuhle discovers that she is lesbian but she doesn’t have the courage to act on it. She finds it difficult to come out because of how taboo homosexuality is in her community.”

Fulu adds that South African audiences will recognise the family dynamics in Umakoti Wethu. “All of us in one way or another know somebody who is in that position of being unaccepted by the family.”

Umakoti Wethu is the feature film directorial debut of Nozipho Nkelemba, who starred in The Forgotten Kingdom, directed Gomora and wrote Emoyeni. Christopher Mashile co-directs and executive produces. Moeketsi, Christopher and writer Nandisa Mkize, the co-founders of Beyond Black Productions, are all MultiChoice Talent Factory graduates.

Fulu says she respects her character Khathu’s “ability to find contingency plans in her life and to be adaptable… That’s a good quality to have because sometimes, what you wrote down as your five or 10-year plan, it changes for the better.”

She adds, “I also appreciate that she had the courage to follow her heart. She allowed love to just be love and break down the confines of what society says love is.”

Kwanele agrees. “I hope that our audience will learn that sometimes you should do what you want because life is too short. You don’t want to regret not doing what you’ve always wanted to do, just because you’re worried about other people’s opinions.”

Tags
Fulu Mugovhani
Thato Siyabonga Send an email 23 September 2021
Back to top button
Close
We use cookies on our website to give you the most relevant experience by remembering your preferences and repeat visits. By clicking “Accept All”, you consent to the use of ALL the cookies. However, you may visit "Cookie Settings" to provide a controlled consent.
Cookie SettingsAccept All
Manage Privacy