Africa is going crazy for the new Jerusalema Remix by Master KG featuring Burna Boy and Nomcebo. The song has already taken over the SA Music charts and that of Nigeria. It’s crazy, and we hear Master KG isn’t even done yet.

The talented hit maker has announced plans to release the official music video for the song. Yes, you heard that right. There’s also a music video. However, he’s asking for something first. Sharing a shot from the video featuring Burna standing next to tall buildings, he asked for 5 thousand comments to drop the video.

You should know the comments are already pouring in. We are guessing the video would be released soon. We can’t wait to watch it take over YouTube. The original song already has over 25million views, we wonder what the new one to get. 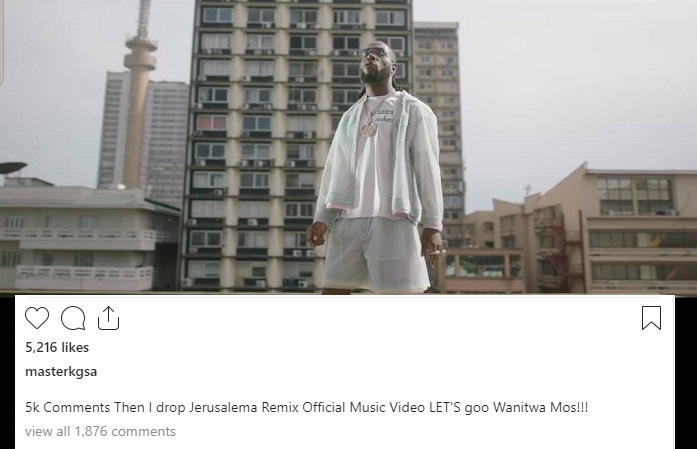