Hip-Hop fans took to the Twitter platform to start an argument on the topic, who the best rapper is between Cassper Nyovest and Emtee.

The outcome of debates like this is the continuation of the unending beef between the two rappers who don’t see eye to eye. Trust Twitter users to always add flame to issues that may end up growing into full blown Twars.

The debate was started upon the request of a Twitter user, who asked other users help in choosing who would take on the title of best rapper, upon having the total package between Cassper Nyovest and Emtee. 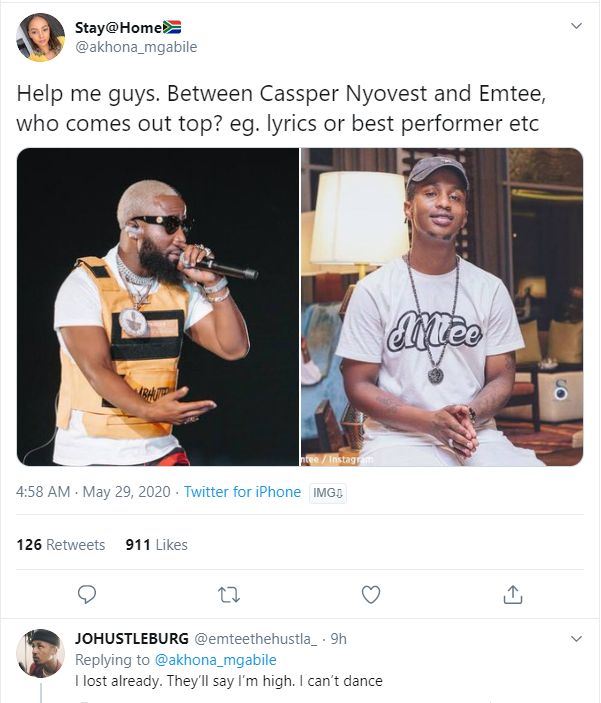 The question sparked a big debate, which has seen SA Twitter divided into two fractions of those who support Cassper Nyovest and the other end for Emtee.

See some of the reactions below; 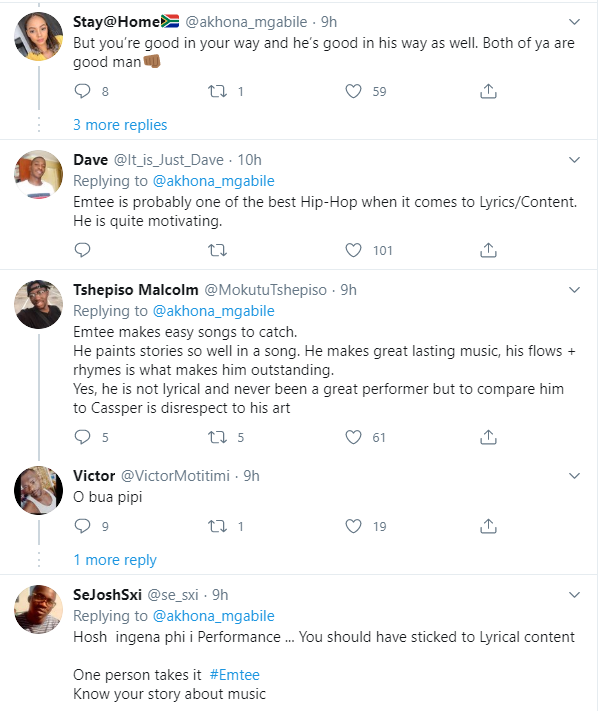 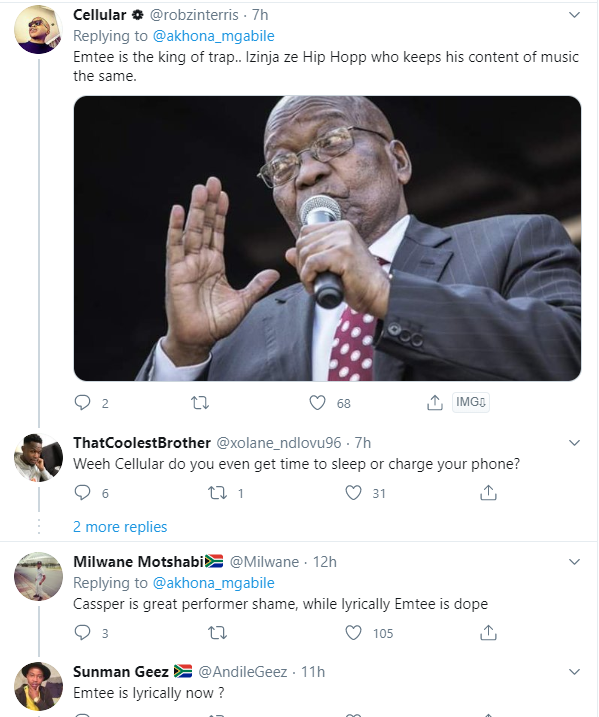 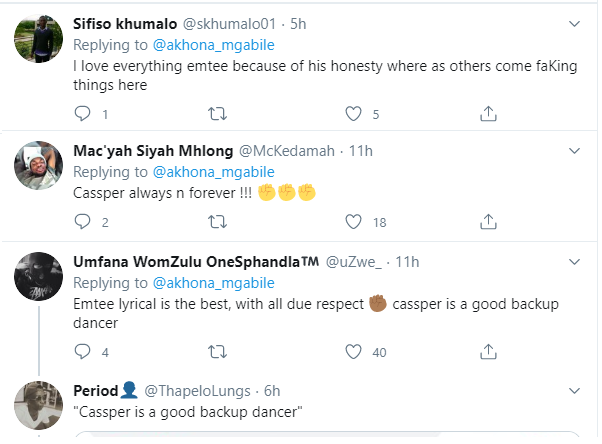 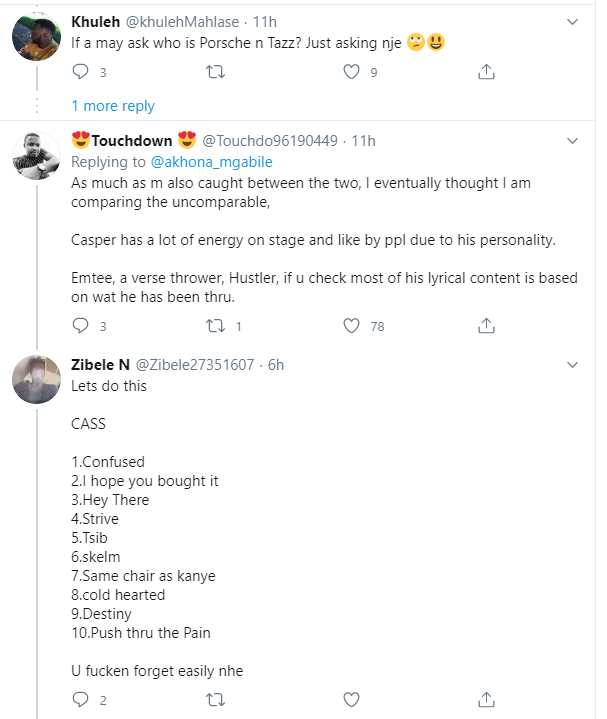 Who do you thing deserves to win the title? Share your thoughts in the comment section below.

Tags
Cassper Nyovest Emtee
Wuraola Salawu Send an email 29 May 2020
Back to top button
Close
We use cookies on our website to give you the most relevant experience by remembering your preferences and repeat visits. By clicking “Accept All”, you consent to the use of ALL the cookies. However, you may visit "Cookie Settings" to provide a controlled consent.
Cookie SettingsAccept All
Manage Privacy