Shona Ferguson might be dead, but his legacy is still living, and the wife he left behind (Connie Ferguson) is happy about that – especially so as the lat movie chief has just bagged a prestigious international award.

In posts to her verified Instagram page, Connie had expressed her pride ib everyone that worked on the flick that nod the Hollywood nod, noting there was much love, excitement, and passion in the creating of the flick.

Also, according to her, whether the flick wins the award or not, those who acted on it actually achieved something.

In another post, she had celebrated her husband’s nomination, noting that he was her favorite actor and probably one of the most underrated in the industry. His talent was out of this world, according to her. You can check out her post below. 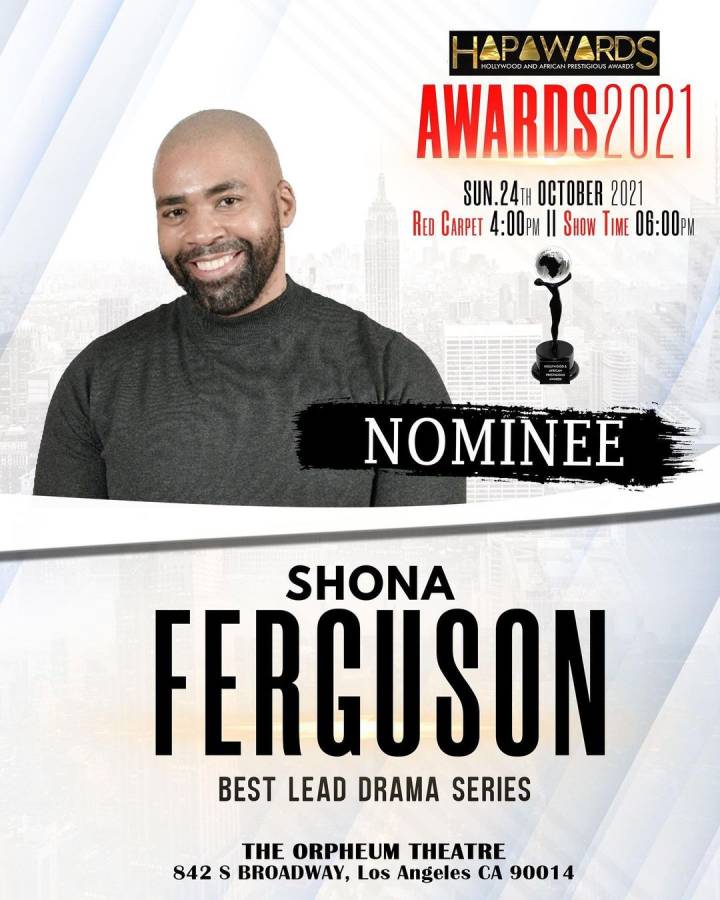 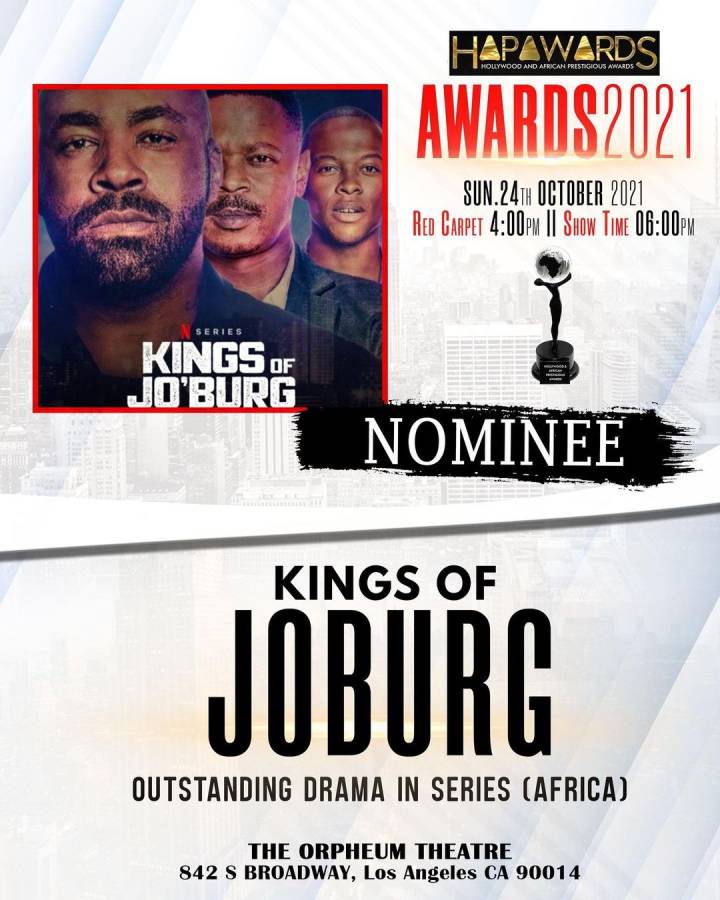 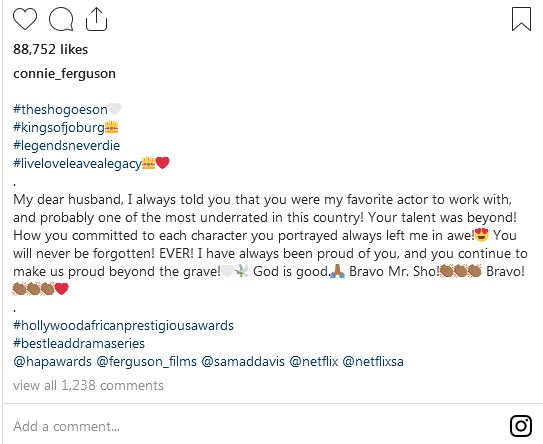 The award will be held on Sunday 24 October, with a red carpet event at 4 pm, and a showtime at 6 pm.

A win would surely be great for the deceased

Tags
Connie Ferguson Shona Ferguson
John Israel A Send an email 21 October 2021
Back to top button
Close
We use cookies on our website to give you the most relevant experience by remembering your preferences and repeat visits. By clicking “Accept All”, you consent to the use of ALL the cookies. However, you may visit "Cookie Settings" to provide a controlled consent.
Cookie SettingsAccept All
Manage Privacy