“Wuz Dat” rapper Boity is clearly doing fine now after her spat with presenter and hay advocate Bujy Bikwa that led to her sustaining an injury in the face.

An eyewitness of the altercation between the two had noted that the two were arguing over sangomas or local healers (of which Boity is one) when things degenerated and Bujy allegedly threw a bottle at her, wounding her in the face.

For the incident, he had spent the weekend in prison and been takes to court, where he was eventually granted bail.

In that period, Boity had released a statement about the assault and then taken it down. She had laid low, too, apparently receiving treatment for her injuries.

In a recent post to her Instagram stories though, she had thanked those that have been sending her messages regarding her welfare ad well as keeping her in their prayers.

A cording to her, she’s doing really well and feeling better too, with her focus being the zenith of her career and life. You can check out her post below. 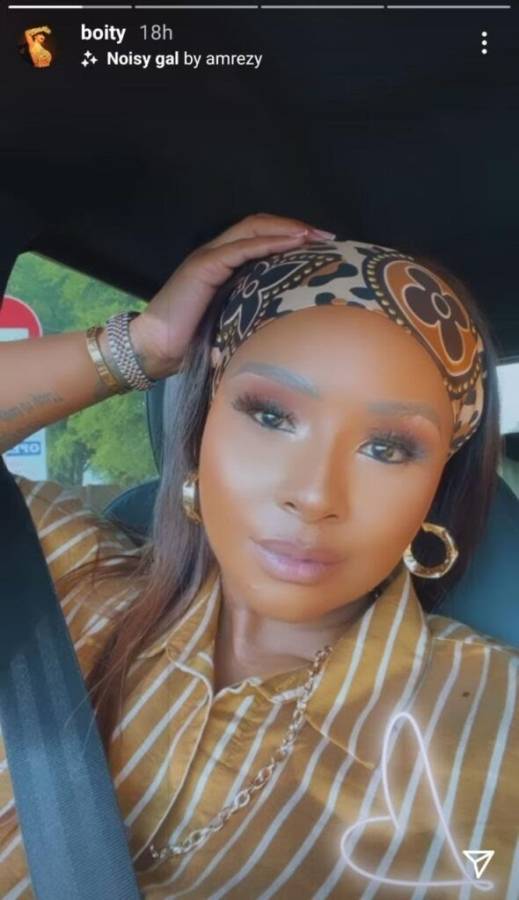 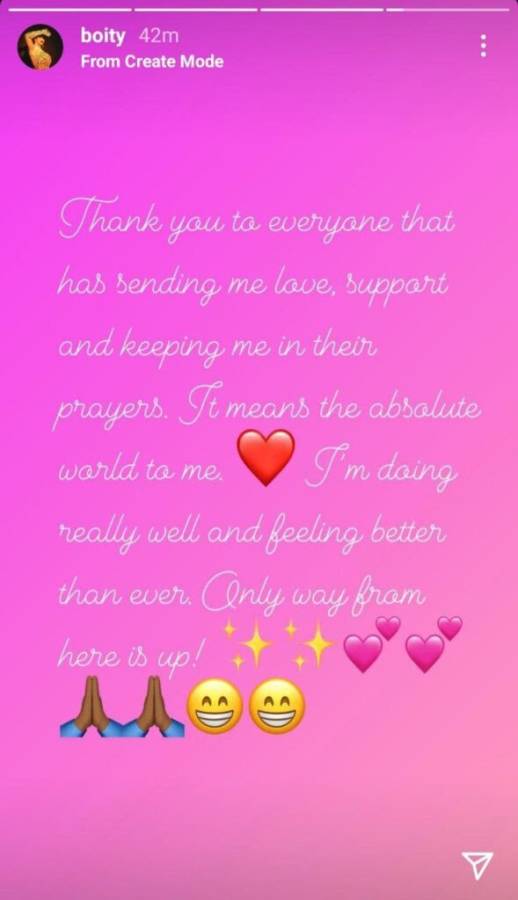 Boity is one of South Africa’s notable rap voices. She hasn’t released much of recent, but her name is already out there and luminous, too.

Tags
Boity
John Israel A Send an email 21 October 2021
Back to top button
Close
We use cookies on our website to give you the most relevant experience by remembering your preferences and repeat visits. By clicking “Accept All”, you consent to the use of ALL the cookies. However, you may visit "Cookie Settings" to provide a controlled consent.
Cookie SettingsAccept All
Manage Privacy