J Molley’s manager Nav Albers is unimpressed with the way the music industry is treating the man he manages.

He counts J Molley among the top figures in South African rap, but posited the songster is being denied the recognition he deserves because he is white.

He made the statement following a clip shared by Tweezy, another South African musician, of a new generation of South African hip-hop acts, supposedly for SABC 1.

In his reply to the clip (tweet), J Molley’s manager Nav Albers wondered why the show didin’t feature J Molley, who he said was on the scene even before the coming of SounCloud. He is equally puzzled Lethabo Acid, who is not white like J Molley, didin’t make the show either.

He ended up saying people didn’t know what started all this “shit” and actually inspired others to come to the front. To him, the exclusion is sad. 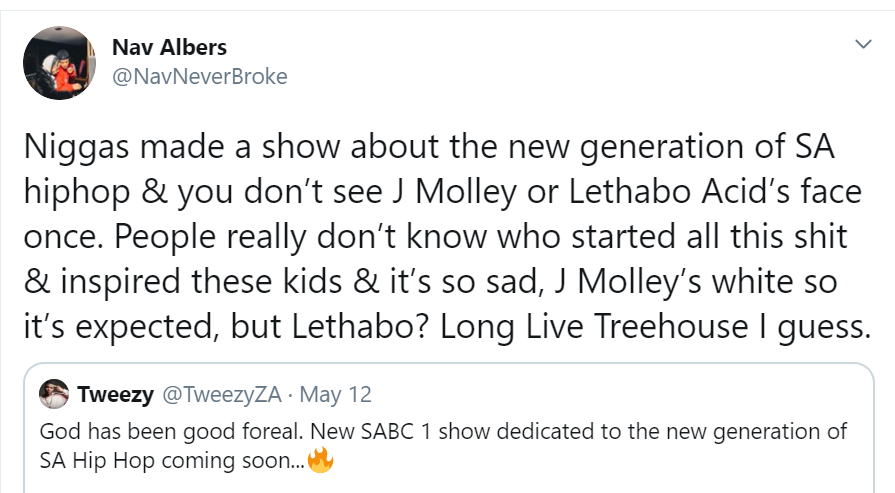 By the way, J Molley, a guest on Spender’s “Déjà vu,” is yet to comment on the controversy.

Do you agree with Nav Alber’s verdict on the treatment of J Molley and Lethabo Acid? We invite you to join the conversation by dropping your thoughts in the comment section below.