In a series of posts, Mr. JazziQ had reflected on the many deaths he’d witnessed in the past few years, noting that it hasn’t been easy.

About Killer Kau, the amapiano producer noted the late muso was a free-spirited bloke and he could easily write a book about him.

About Mpura, Mr. JazziQ noted that the late musician was neither a friend nor an acquaintance but a brother – which makes it all the more difficult to bear the death. You can check out his posts below. 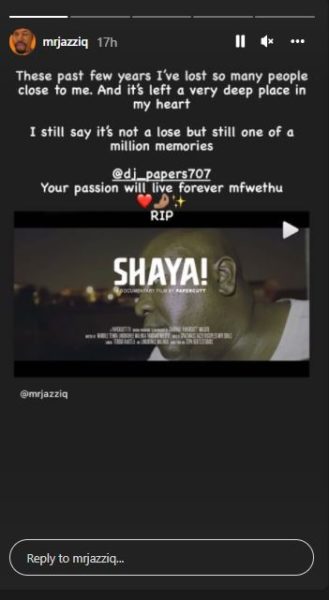 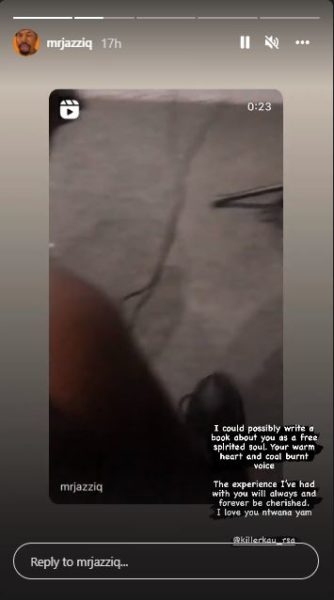 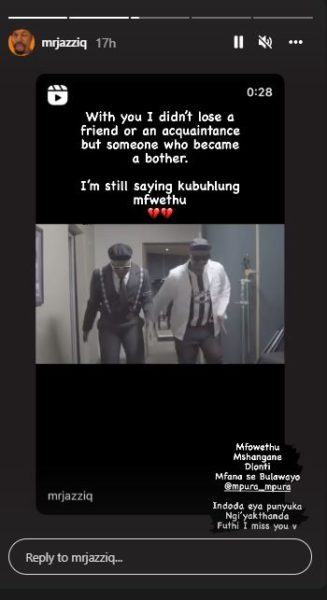 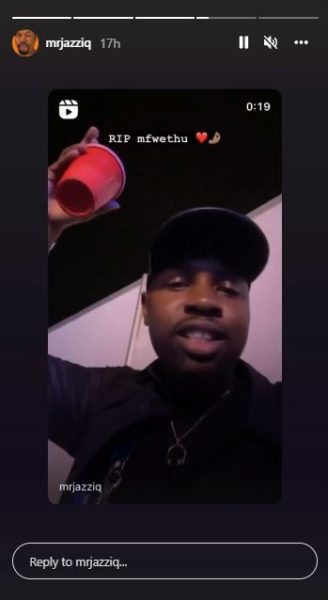 By the way, last year, Rea Gopane, one of the hosts of Everything South African Music podcast, had claimed that Mr. JazziQ killed Mpura and Killer Kau through diabolical means to advance his own career, a claim Mr. JazziQ denounced as untrue. He’d also sued Gopane for R1 million.

Mr. JazziQ isn’t the only one deeply affected by Killer Kau and Mpura’s death. The musician Lady Du was also affected, and she memorialized the duo with a tattoo.

Tags
Mr JazziQ
John Israel A Send an email 18 January 2022
Back to top button
Close
We use cookies on our website to give you the most relevant experience by remembering your preferences and repeat visits. By clicking “Accept All”, you consent to the use of ALL the cookies. However, you may visit "Cookie Settings" to provide a controlled consent.
Cookie SettingsAccept All
Manage Privacy