The year’s South Africa Music Awards (SAMA) has been denounced by many for, among others, not having Master KG and Nomcebo’s “Jerusalema” among the nominees.

Mzansi DJ and producer Black Coffee, who had earlier informed the world “Jerusalema” was a hit in faraway Switzerland, has urged the organizers of the award to include “Jerusalema” in the list of songs nominated for a SAMA this year. According to him, the award body will make history by so doing.

His idea had the backing of many fans, some of them suggesting it is never too late to include “Jerusalema” on the list.

However, a fan who goes by the handle @UmalambaneZN pointed out that it would be a bad precedent, as it would compromise past awards. Artistes who had previously lost out on a SAMA, but imagined they should have won, would now challenge their losses, he said.

Check out some reactions below. 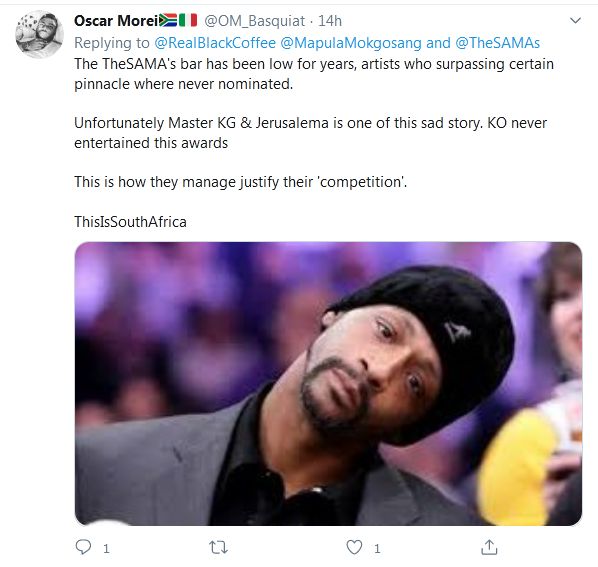 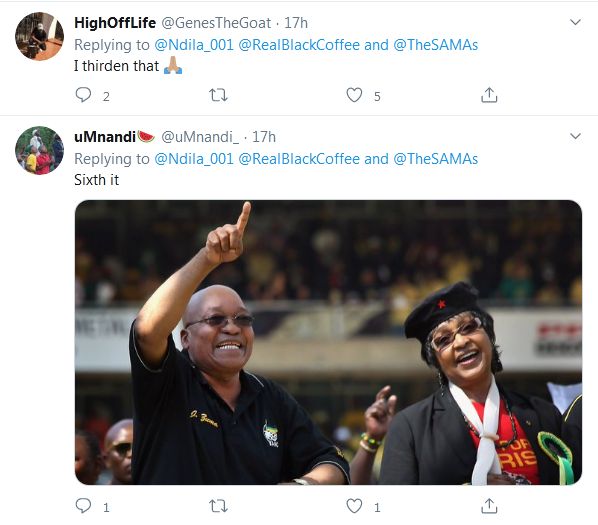 By the way, Mzansi DJ Prince Kaybee has said that if he should win a SAMA award, he would give it to Master KG. The question arises: would it make Master KG’s win valid?

What do you think of Black Coffee’s suggestion? You might wish to join the conversation by dropping your thoughts in the comment section below.