A little controversy is brewing online over a Lacoste print because some people think it was a deliberate copy of the South African designer Maxhosa.

A Lacoste shirt was shared on Twitter. Some tweeters were quick to point out that the collar pattern was a deliberate copy of the South African designer.

While there were a lot of people sharing that view, there were also others opposing it and tracing the pattern to hundreds of years ago, to the Aztec culture.

And yet there were those who think the controversial print was a Maxhosa print but a Mandebele print. There appears to be great dissonance regarding the print. 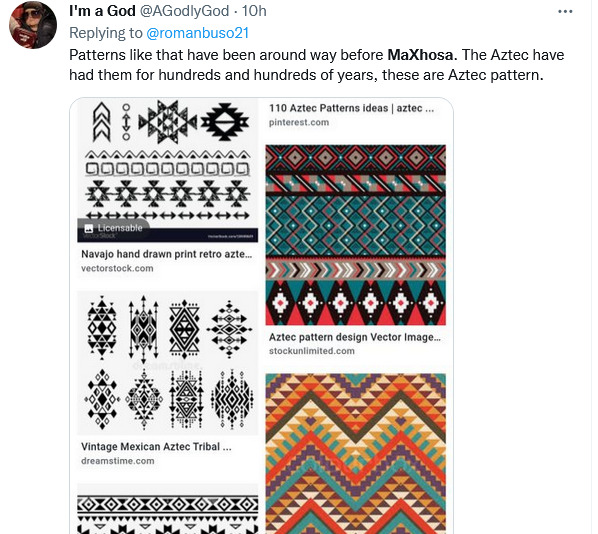 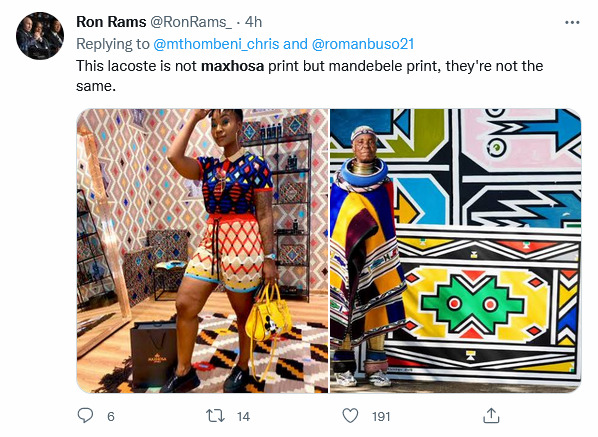 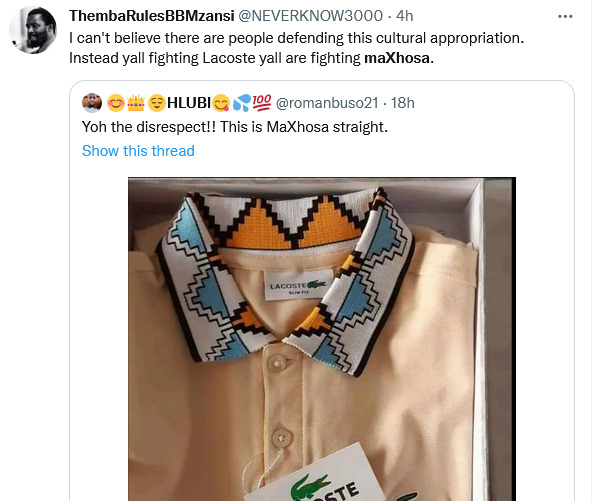 The two brands that should be in the forefront of the print “war,” Lacoste and Maxhosa, had neither released any statement about one possibly copying the other nor have their representatives.

By the way, this isn’t the first time fashionistas have raised alarm about one brand possibly copying the other. It happens again and again. But brans only respond when it’s clear they have a case against another.

So far, it’s been a Twitter babble, with none of the brands being spoken of saying anything. It remains to be seen if either of them will issue a statement.

Tags
Lacoste Maxhosa
John Israel A Send an email 5 March 2022
Back to top button
Close
We use cookies on our website to give you the most relevant experience by remembering your preferences and repeat visits. By clicking “Accept All”, you consent to the use of ALL the cookies. However, you may visit "Cookie Settings" to provide a controlled consent.
Cookie SettingsAccept All
Manage Privacy