Miffed by what transpired at the correctional facility, the minister had taken to her Twitter page to announce that she made the necessary applications to come to see him and actually came around to the Northern Cape facility where he is jailed.

She noted that she was accompanied by her staff and the Reverend Allan Boesak. She noted that although it is her constitutional right to see the convict, she wasn’t allowed to see him. Nevertheless, she spent about an hour there. 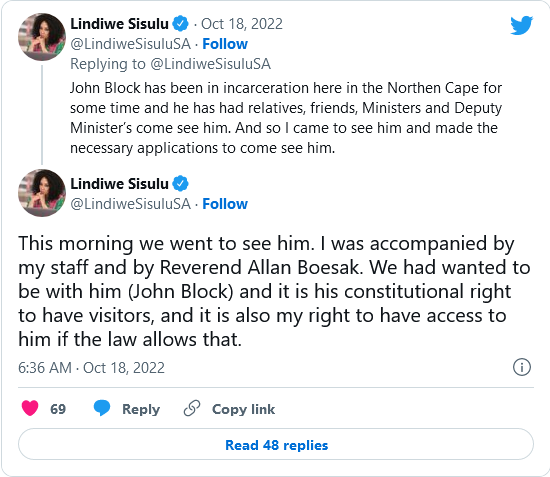 Allan Boesak, a former anti-apartheid activist, who was himself convicted of fraud in 1999, shared a similar story but noted that the refusal to let Sisulu see the convict might be a deliberate ploy because Block had previously refused to see Northern Cape Premier Zamani Saul and President Cyril Ramaphosa.

Detailing what happened, Sisulu stated she had gotten permission to see Block by 11 a.m, and although she came on time and even waited an hour, she ultimately wasn’t allowed to see him. Now she’s considering suing the state.

Soon after Sisulu’s social media rant, the Department of Correctional Services issued a statement in which it noted that every member of society has the right to visit an inmate. But it neither confirmed nor denied Siusulu’s claims. 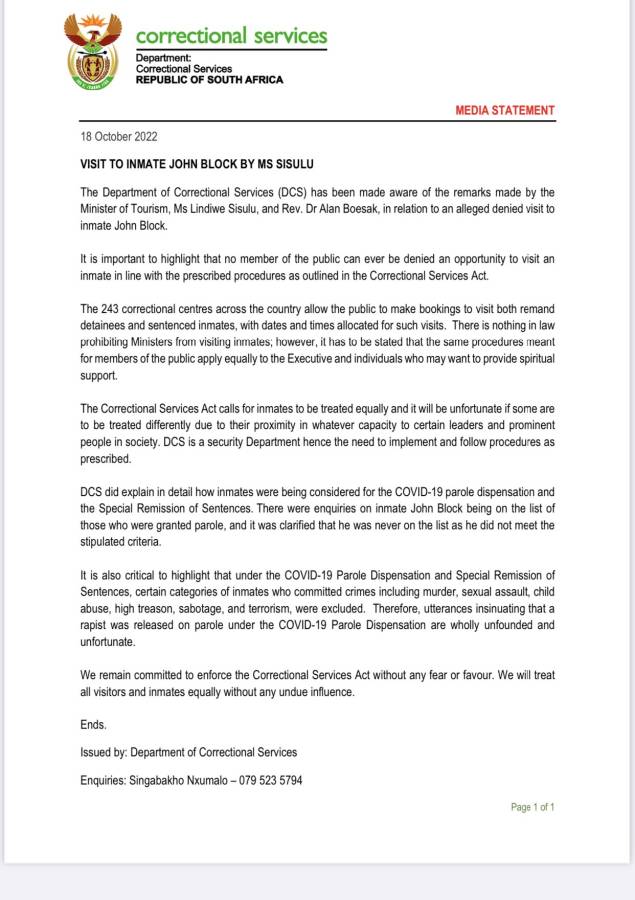 Tags
John Block Lindiwe Sisulu
John Israel A19 October 2022
Back to top button
Close
We use cookies on our website to give you the most relevant experience by remembering your preferences and repeat visits. By clicking “Accept All”, you consent to the use of ALL the cookies. However, you may visit "Cookie Settings" to provide a controlled consent.
Cookie SettingsAccept All
Manage Privacy