Makhadzi is cashing out, and we love to see it. The talented “Murahu” star is winning both in the music scene and every other scene she chooses to appear in. While hitting significant milestones in her career, she is also getting the bag for being one of the most talked-about names on the scene.

Taking to Twitter on November 9, she announced that she had signed a R120m deal with local sportswear brand, Kicks Sportswear. The deal called “Kokovha”, named after her chart-topping album, will see her develop and create incredible products.

Of course, fans went nuts when they read it, and took to the comments section to congratulate her. Makhadzi has been gaining so much love and admiration for all her hard work this year. She previously bought herself a house and is also enjoying the success of her “African Queen” album. 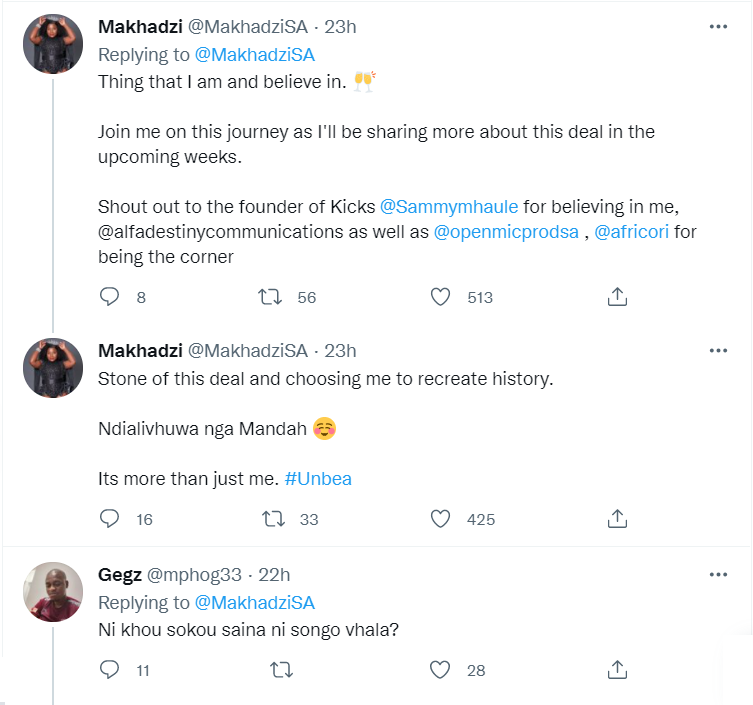 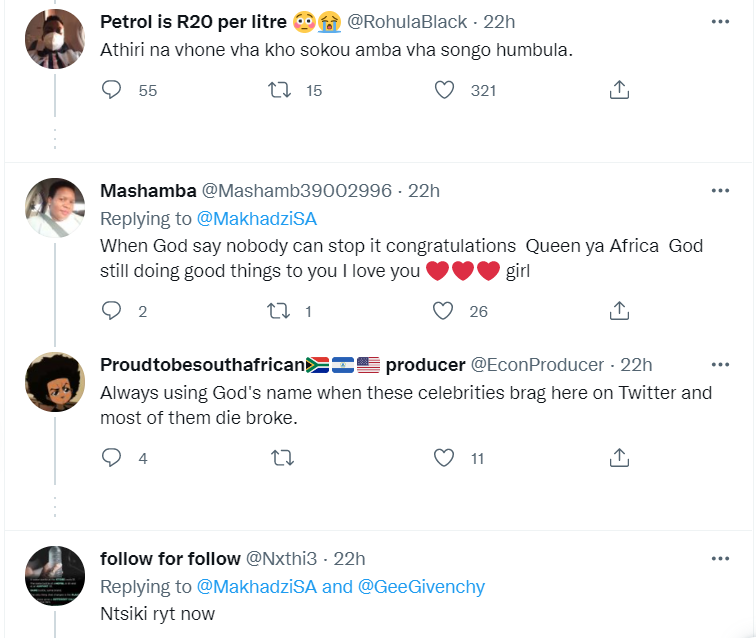 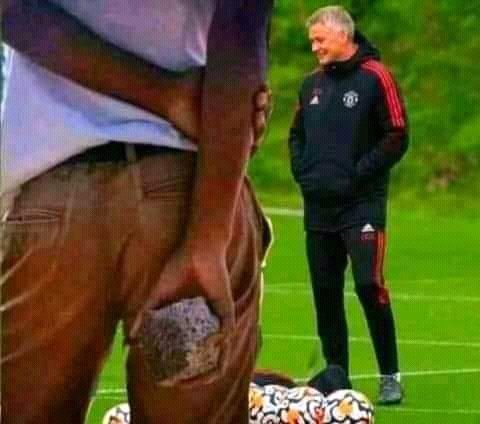 Tags
Kicks Makhadzi
John Jabulani Send an email 10 November 2021
Back to top button
Close
We use cookies on our website to give you the most relevant experience by remembering your preferences and repeat visits. By clicking “Accept All”, you consent to the use of ALL the cookies. However, you may visit "Cookie Settings" to provide a controlled consent.
Cookie SettingsAccept All
Manage Privacy