Limpopo artiste Makhadzi has been dragged online for using the police as her private security.

When people become successful, they usually reach out to members of the armed forces for protection. But then, the armed forces, of which the police are part, are meant to – paid to – protect citizens and not used as private security.

Makhadzi had got many people talking when she innocently shared a photo of herself being protected by about 20 persons from the SAPS (South African Police Services).

While some fans thought nothing of the photo, others thought it showed power and must have made the “Ghanama” hitmaker proud of herself. And yet there were those who thought she was wrong to have used the force for her personal protection. You can check out the controversial picture and Makhadzi’s post below. 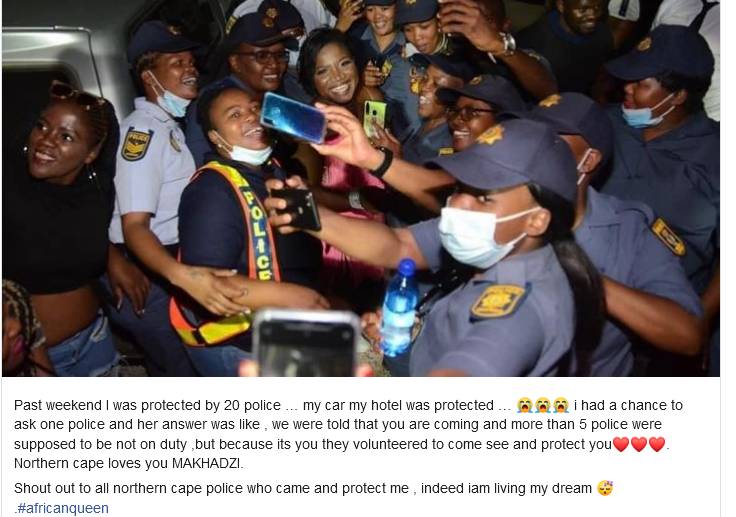 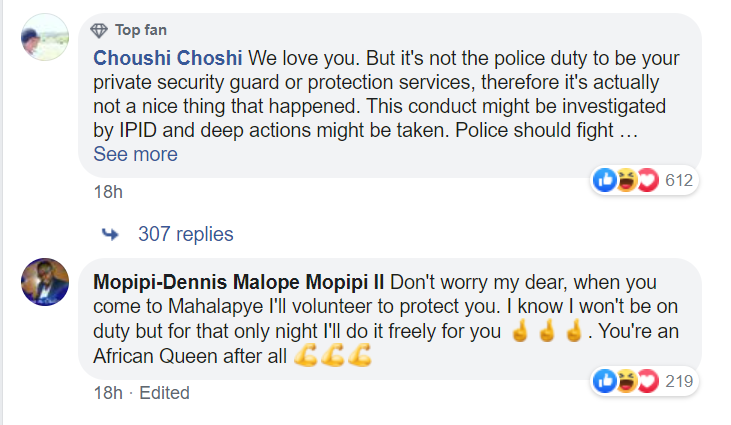 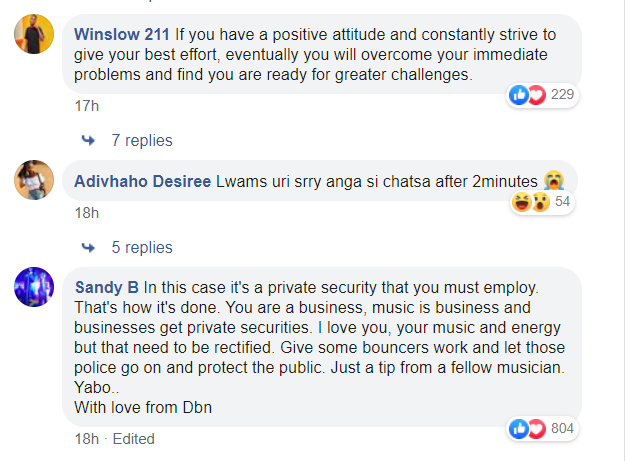 Makhadzi is one of the most loved South African singers out there and one of the most entertaining, too. Her performances are usually thronged by fans eager to see her perform. And she never disappoints.

At just 24 years old, she’s also one of the high achievers on the music scene in South Africa and one of the celebs with the strongest following on Facebook (4 million followers).

Tags
Makhadzi
John Israel A Send an email 17 November 2021
Back to top button
Close
We use cookies on our website to give you the most relevant experience by remembering your preferences and repeat visits. By clicking “Accept All”, you consent to the use of ALL the cookies. However, you may visit "Cookie Settings" to provide a controlled consent.
Cookie SettingsAccept All
Manage Privacy