Limpopo artiste Makhadzi is the cover girl for the November-December issue of Classique Magazine. And oh, does she looks fabulous on the cover!

The songstress shared the cover on Instagram, noting in the caption to her post that she dreams hard and works hard for her dreams to come true. She also pointed out she look stunning on the cover.

In the comment section, her fans affirmed the same – that she has worked hard and her dreams are coming true, and that she looks beautiful. 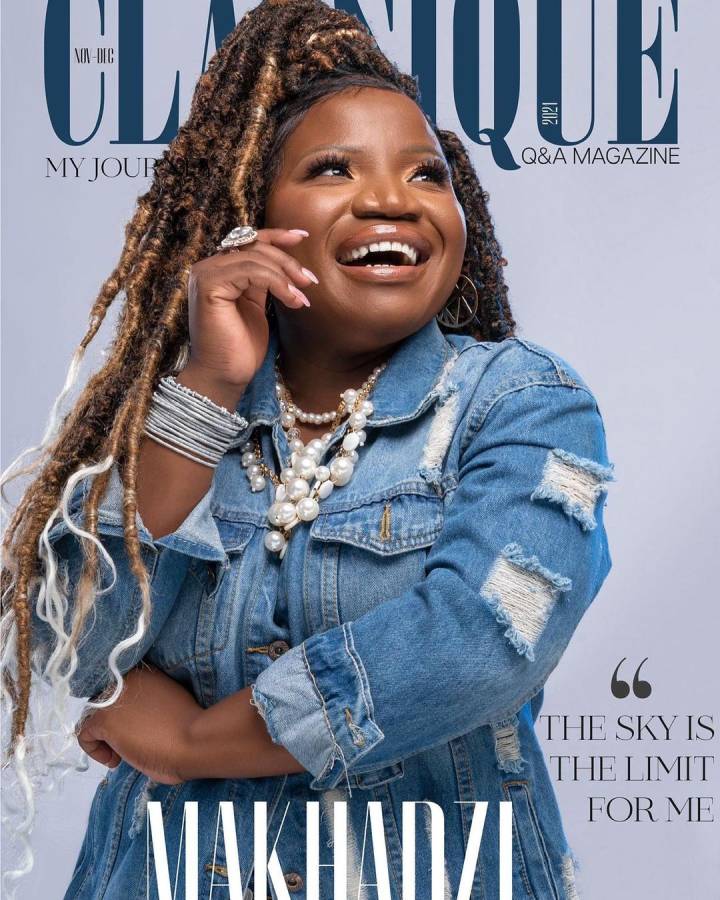 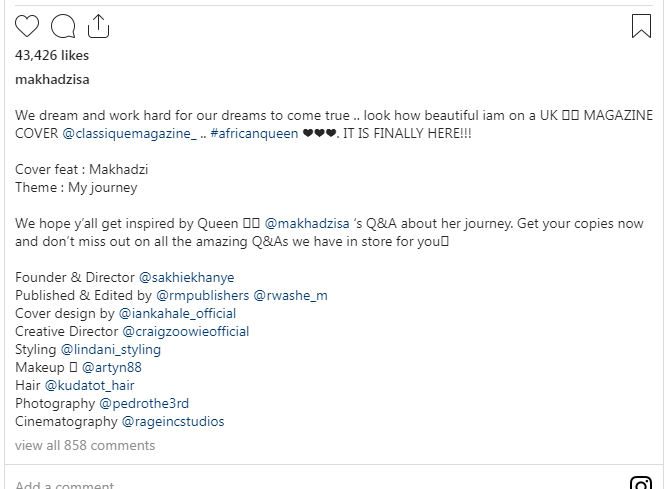 Appearing on the Makhadzi is as much an affirmation of Makhadzi’s creative gift as it is of the fact that the world is beginning to take notice of the music scene in South Africa, unlike previously.

Makhadzi has worked herself into a national brand that many want to be associated with. In fact, she’s one of the most entertaining female musicians in Mzansi, and her shows are usually thronged.

Just recently, she had reached a milestone of over 4 million followers on Facebook – something many artistes struggle to achieve and will probably never achieve.

By the way, she recently held a launch for her “African Queen” album at the Altitude Beach, Fourways. The queen is clearly still queening.

Tags
Makhadzi
John Israel A Send an email 22 November 2021
Back to top button
Close
We use cookies on our website to give you the most relevant experience by remembering your preferences and repeat visits. By clicking “Accept All”, you consent to the use of ALL the cookies. However, you may visit "Cookie Settings" to provide a controlled consent.
Cookie SettingsAccept All
Manage Privacy