Venda artiste Makhadzi has been slammed with a defamation suit by her former manager Rita Dee Nephawe.

Just recently, Makhadzi had gone on a Twitter rant on how her manager had bilked her of her earnings as a musician from the sale of her previous album as well as the latest one “Kokovha”. She had also accused her manager of deleting some of her trending videos on YouTube, videos with millions of views on the platform. You may want to check out the backstory here. 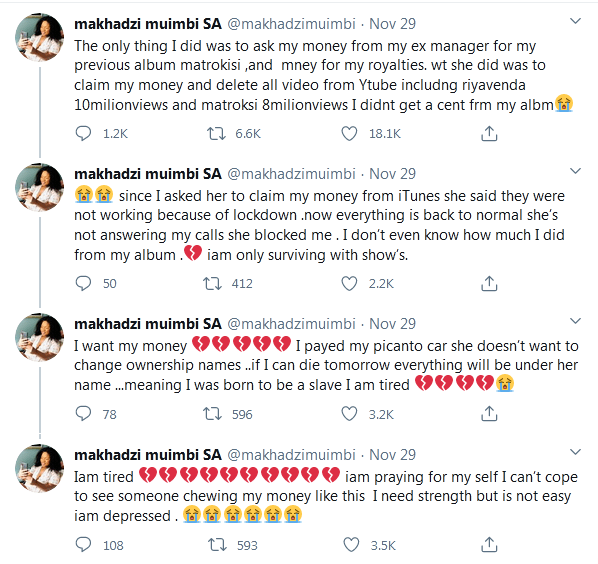 Rita Dee Nephawe insisted that, contrary to Makhadzi’s claims on social media, YouTube had not paid her a cent from the views on Makhadzi’s YouTube videos.

Makhadzi has got a legal team herself and will respond to the defamation suit according. It remains to be seen how the case pans out and who walks out of the court, finally, victorious.

What do you think of the defamation suit slammed against Makhadzi? You might want to join the conversation by dropping your thoughts in the comment section below.