We wonder, is there ever a time when Mampintsha and his new wifey, Babes Wodumo aren’t surrounded by so much drama? The answer is No. You would think their recent traditional marriage would make things subside but that hasn’t been the case.

Following their wedding, Mampintsha’s mother, Zama Gumede spoke out against the “idandokazi” star, saying that her pregnancy is fake. 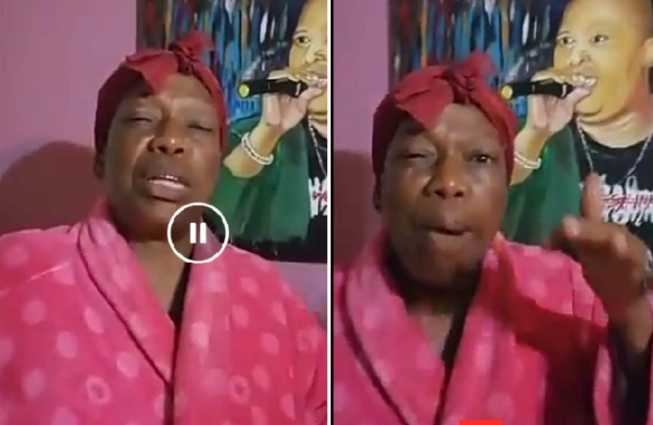 According to her, Babes’ family are feasting on her son’s money. While Wodumo fired back at the old Gogo, and announced she would be pressing charges against her, Mampintsha kept mum.

However, in recent photos shared to his social media, Mampintsha trolled his mother. He captions the photo “with sponge’s mom”. Fans found them to be hilarious. Mampintsha and Babes have defied odds and finally married each other. We hear their white wedding is expecting to happen months later. 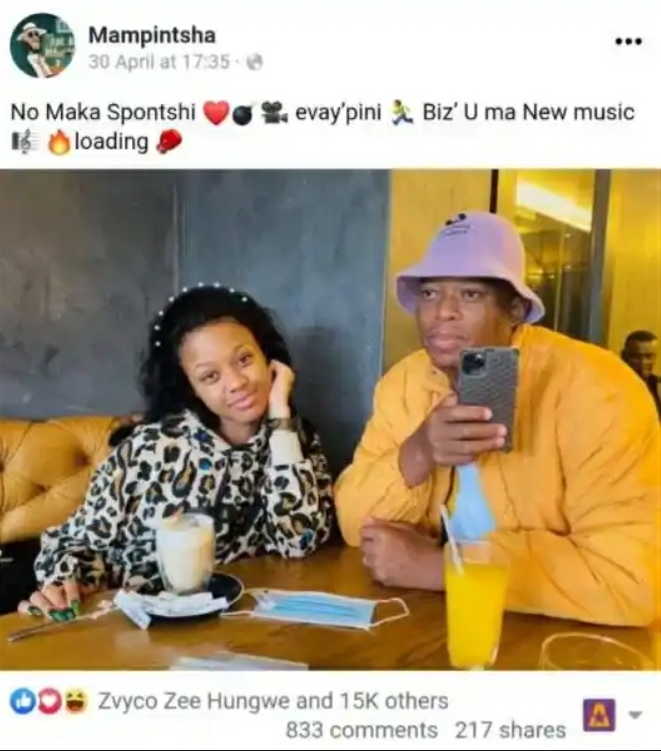