They call him a newcomer – which indeed he is – but Marcus Harvey is a songster so confident in his gift that he is already getting attention internationally. Yup.

The songster recently shared chats he’s had with some international music figures, including The Game, Fat Joe, and Monte Booker. In one of the chats, The Game indicated he is a fan of Marcus Harvey’s music and might feature him on his imminent “Game Time” project.

Already, though, Marcus Harvey confessed he is currently working on something with Monte Booker. He didn’t give details on the project, but that should be out soon enough. And when we get the details, we’ll certainly share it here with you. 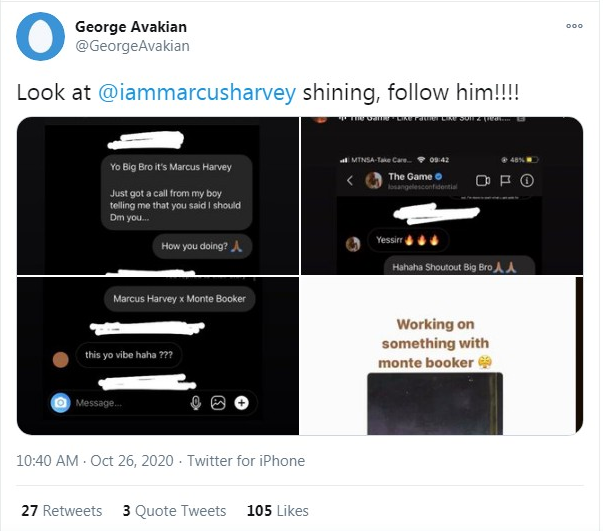 By the way, Marcus Harvey has got the attention of local musos as well. In fact, he is close to rounding off a new project with 031Choppa. Already, next month (November) has been given as a release date for the project.

Fans will have to wait for the name of the project and the tracklist, however. No qualms.

Well, what do you think of Marcus Harvey’s recent big-name moves? You might want to join the conversation by dropping your thoughts in the comment section below.