7 months after it was released, Master KG’s viral hit, “Jerusalema” is still putting up a big fight. Literally everyone in Africa with access to the internet and cable has seen the song’s video, and fallen in love with it. In fact, so much so that they have streamed it 40 million times.

It seems like it was yesterday when KG took to social media to celebrate the video hitting 20 million views like his previous hit “Skeleton Move” featuring Zanda Zakuza. Sharing a screenshot of the views, the DJ took to his Instagram page to thank everyone who has been streaming it.

A few weeks back, KG stunned fans when he released the official remix for the song featuring contributions from Grammy-nominated Nigerian singer, Burna Boy alongside Nomcebo. The remix debuted on the Billboard World Digital songs chart at number 6. That was massive for the Mzansi star. 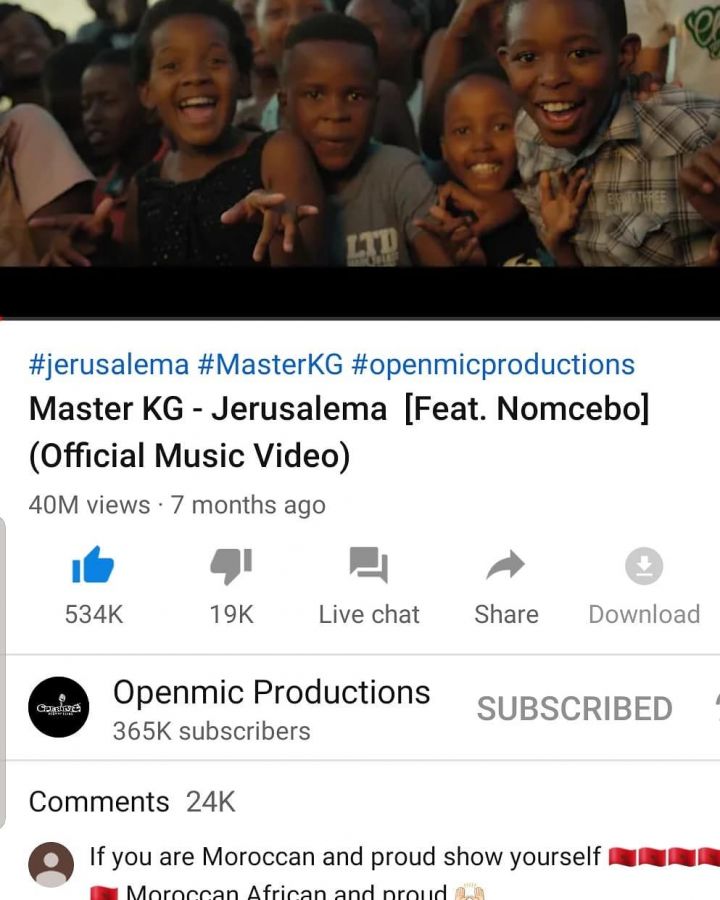 Tags
Master KG
John Jabulani15 July 2020
Back to top button
Close
We use cookies on our website to give you the most relevant experience by remembering your preferences and repeat visits. By clicking “Accept All”, you consent to the use of ALL the cookies. However, you may visit "Cookie Settings" to provide a controlled consent.
Cookie SettingsAccept All
Manage Privacy