The Duke and Duchess of Sussex accepted the President’s Award from the National Association for the Advancement of Colored People (NAACP) last weekend and they were all smiles during the occasion.

The controversial couple was given the award in recognition of their public service and record achievement.

The duchess delivered a short acceptance speech in which she spoke about the legacy of the NAACP Image Awards, tracing its history up to the introduction of the Voting Rights Act in 1965.

She also reflected on the passing of  George Floyd, a black man whose murder in the hands of a white up gave new life to the Black Lives Matter advocacy.

With the world focused on Eastern Europe and the Russian invasion of Ukraine, Meghan also touched on the subject in her speech, noting that she, as well as the Suke, is in solidarity with the Ukrainian people.

While the duke rocked a suit with a bow tie, Meghan Markle had turned up for the award in a blue-ombre dress designed by Christopher John Rogers, one of the notable black faces on the fashion scene. 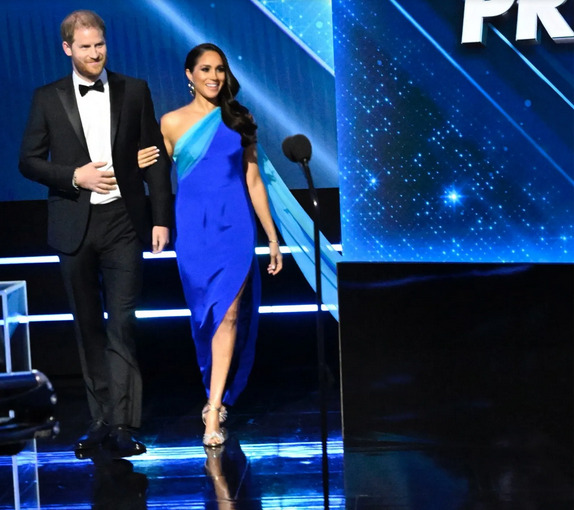 The dress she wore to the award was of as much interest to the people as was her speech.

Tags
Meghan Markle USA
John Israel A Send an email 28 February 2022
Back to top button
Close
We use cookies on our website to give you the most relevant experience by remembering your preferences and repeat visits. By clicking “Accept All”, you consent to the use of ALL the cookies. However, you may visit "Cookie Settings" to provide a controlled consent.
Cookie SettingsAccept All
Manage Privacy