Twitter is bubbling with mixed reactions as singer and dancer Chris Brown premieres the music video of his song “WE” (Warm Embrace), featuring Normani Rodrigo.

One Twitter user was miffed that the collaboration should happen in the first place when the singer has a history of abusing women, especially black women (alleged.) The same person also condemned other women who had worked with Chris Brown.

Another commented that Normani was jeopardising her career by collaborating with Chris Brown, who’s on record to have assaulted his ex-girlfriend Rihanna at some point. To them, it was a big fail on Normani’s part. 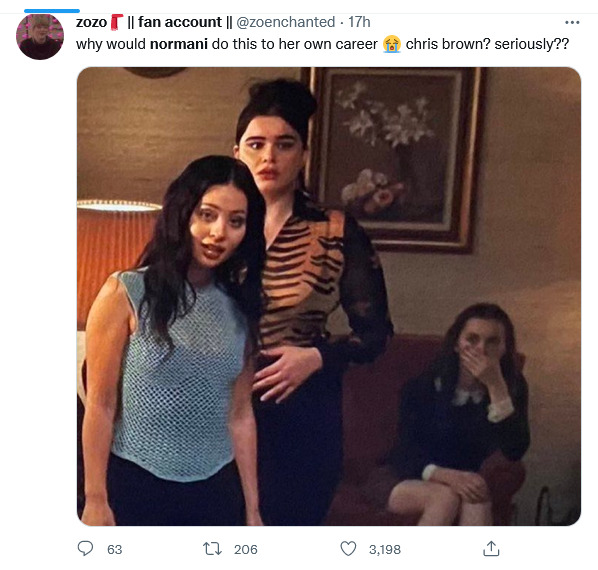 And yet others moved beyond the singer’s history to point at the aesthetics of the music video released. According to this class of peeps, the two musicians actually put out a relatable love jam that anyone should be okay vibing with.

Normani may not have pleased her critics with her actions, but then he did what she wanted. And she’s happy collaborating with the songster, well…

With the current wave of criticisms, Normani joins a long list of musicians who have been condemned for collaborating with another musician the public thinks has a history of abuse. But will that change anything?

Tags
Chris Brown Normani
John Israel A Send an email 22 June 2022
Back to top button
Close
We use cookies on our website to give you the most relevant experience by remembering your preferences and repeat visits. By clicking “Accept All”, you consent to the use of ALL the cookies. However, you may visit "Cookie Settings" to provide a controlled consent.
Cookie SettingsAccept All
Manage Privacy