After a failed relationship with Somizi Mhlongo, South African actor and media personality Mohale Motaung is keen to move on – with another man.

But it appears like South Africans are not impressed with the news that Mohale will be going into a relationship with another man. As far as they’re concerned, his relationship with Somizi was a heist and Mohale is about to carry out the same on someone. 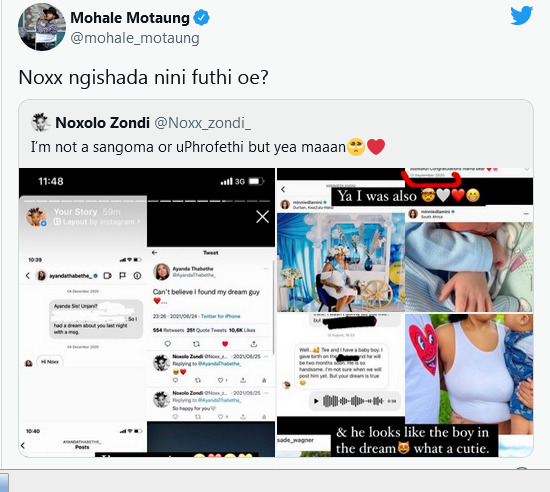 Since Mohale broke up with Somizi noisily and embarrassingly, he has been the subject of trolls who are always claiming that he got into a relationship with the Idols SA judge for his money.

The trolls were especially acidic recently when Mohale shared the fries he was eating and complained in the caption about his eating disorder. The trolls savaged the post, noting that he never use to share such pictures when he was with Somizi.

By the way, Mohale recently had a flirty conversation with Lasizwe and fans instantly warned the Drink or Tell the Truth host to be aware of Mohale as he’s only out to “use” him like he did Somizi.

Anyway, it would be interesting to see who Mohale eventually snaps after his highly publicized relationship with Somizi failed

Tags
Mohale
John Israel A Send an email 1 February 2022
Back to top button
Close
We use cookies on our website to give you the most relevant experience by remembering your preferences and repeat visits. By clicking “Accept All”, you consent to the use of ALL the cookies. However, you may visit "Cookie Settings" to provide a controlled consent.
Cookie SettingsAccept All
Manage Privacy