The Sony/ATV Music publishing body is an American music publisher, under the ownership of Sony Entertainment.

The body is one of the most successful publishing outfit, as it has been able to publish over 4.53 million songs, owned and administered as of March 31, 2019. Now Moonchild Sanelly joins the list of the award winning international act to be on the platform. 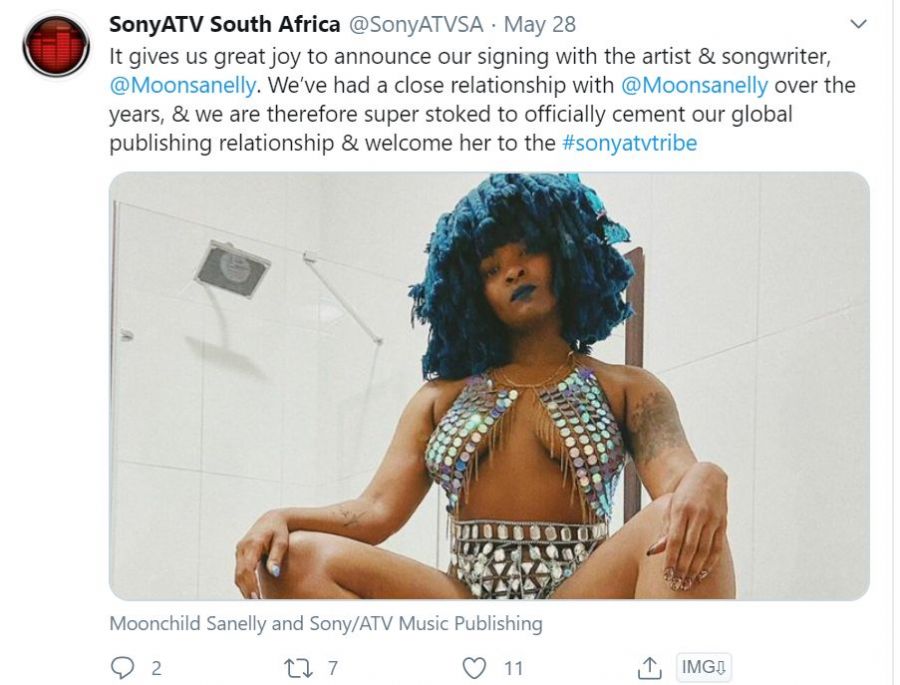