Controversial singer and female orgasm advocate Moonchild Sanelly is apparently the next guest on the popular SABC1’s Live AMP programme, which has hosted several musicians previously, including DJ Sbu.

The session will be interactive, as fans get to ask the singer questions. Live AMP has spelled out the process of asking questions, which is fairly simple. Fans have only to record a live video with their questions, which will be played on the show this Friday (tomorrow 14 August 2020). The singer will answer them. 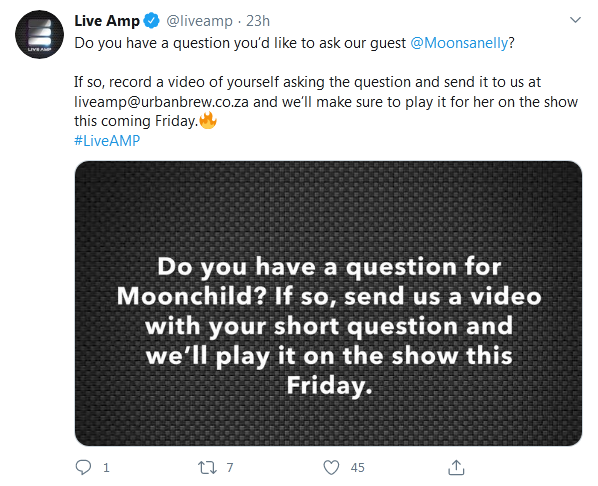 Moonchild Sanelly, who might be recording a new song with Simphiwe Dana, might not have said anything about her imminent appearance on the show, but we know it isn’t going to be a boring moment with her. The songstress is an interviewer’s delight any day, and we can only look forward to an invigorating appearance on the AMP circuit. You may want to stay tuned for details of her outing.

Have you questions for the controversial singer? Now you have a chance to ask them all. You may as well let the world know of those questions in the comment section below.