Mr Smeg has challenged kasi rapper, Big Zulu, to a boxing match, and the challenge has many wondering if it has to do with Pearl Thusi.

Me Smeg, whose real name is Michael Bucwa, is known to be interested in Pearl and has even taken her out on a date. Of recent, though, Pearl Thusi has been flirting heavily with Big Zulu online. In one of her tweets, the media personality had claimed that Big Zulu had forgotten about him.

With Me Smeg wanting to square off with Big Zulu, fans are convinced he wants rhe fight because he’s jealous Big Zulu appears to be flirting with “his girl.” 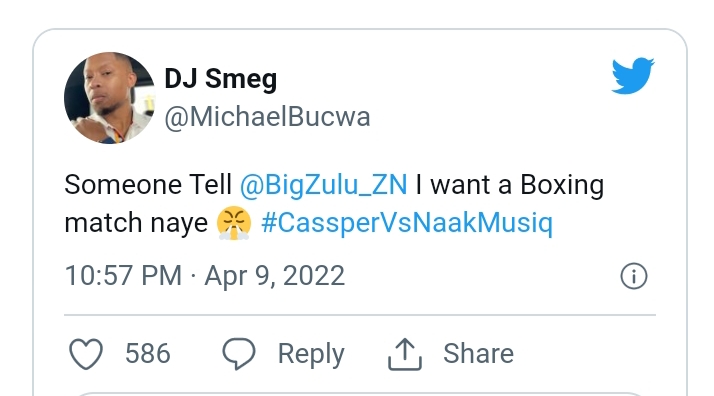 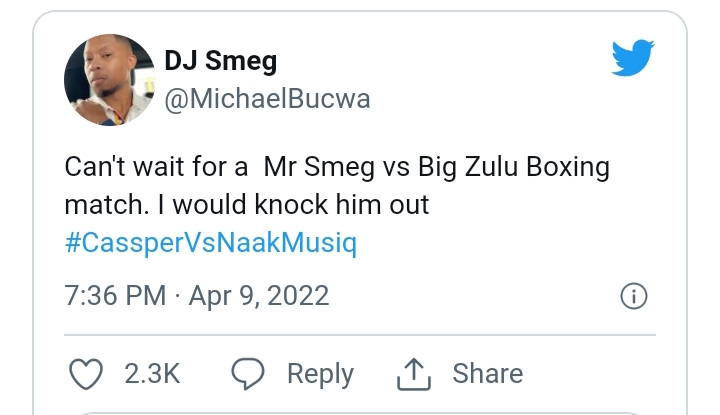 But what chance has he in a fight with Big Zulu? Most of those that reacted to his post made it clear that he stands no chance with the”Ichwane Lenyoka” changer. Others told him out loud to forget fighting the Inkabi Records boss.

By the way, Me Smeg is but one of several people who have shown interest in fighting Big Zulu. The others are Siv Ngesi and Ling Monada. It remains to be seen if Big Zulu will take up the challenge. If they should hit the ring, it would be the first fight ever. Stay tuned.

Tags
Big Zulu Mr Smeg
John Israel A Send an email 10 April 2022
Back to top button
Close
We use cookies on our website to give you the most relevant experience by remembering your preferences and repeat visits. By clicking “Accept All”, you consent to the use of ALL the cookies. However, you may visit "Cookie Settings" to provide a controlled consent.
Cookie SettingsAccept All
Manage Privacy