Gqom artist Mr Thela has just released the tracklist of “Make Cape Town Great Again 2.0,” a collaborative album with his pal Mshayi. He has also shared images of the merch.

He shared both the tracklist and merch on his Instagram page days ago. The reception for both has been great, although the songster is yet to disclose the release date of the project. 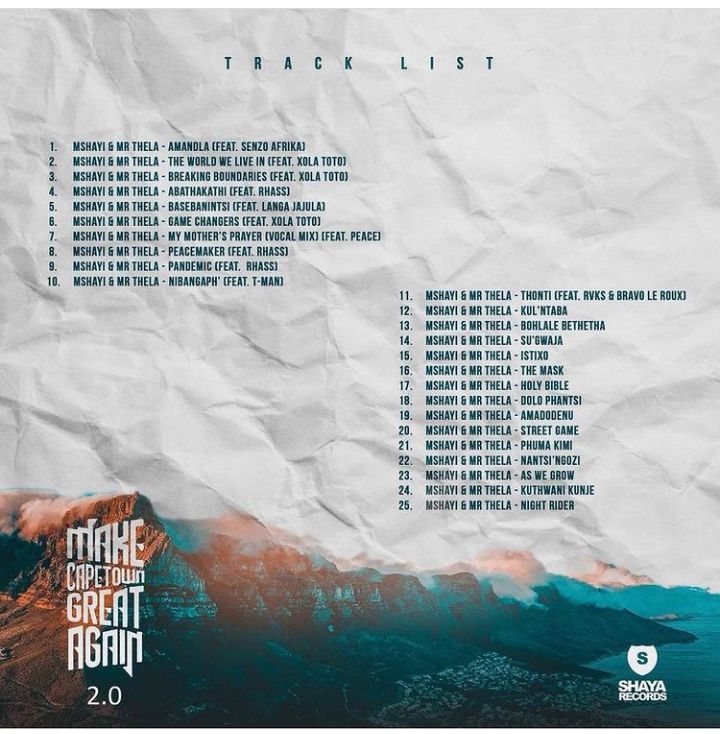 “Make Cape Town Great Again 2.0” houses 25 tracks in all. Not surprising. Gqom artistes are noted for loading up on the tracks. Apparently Mr Thela and Mshayi have cooked up a feast. From the reactions to the post, it is clear fans can’t wait to lap up what’s imminent. 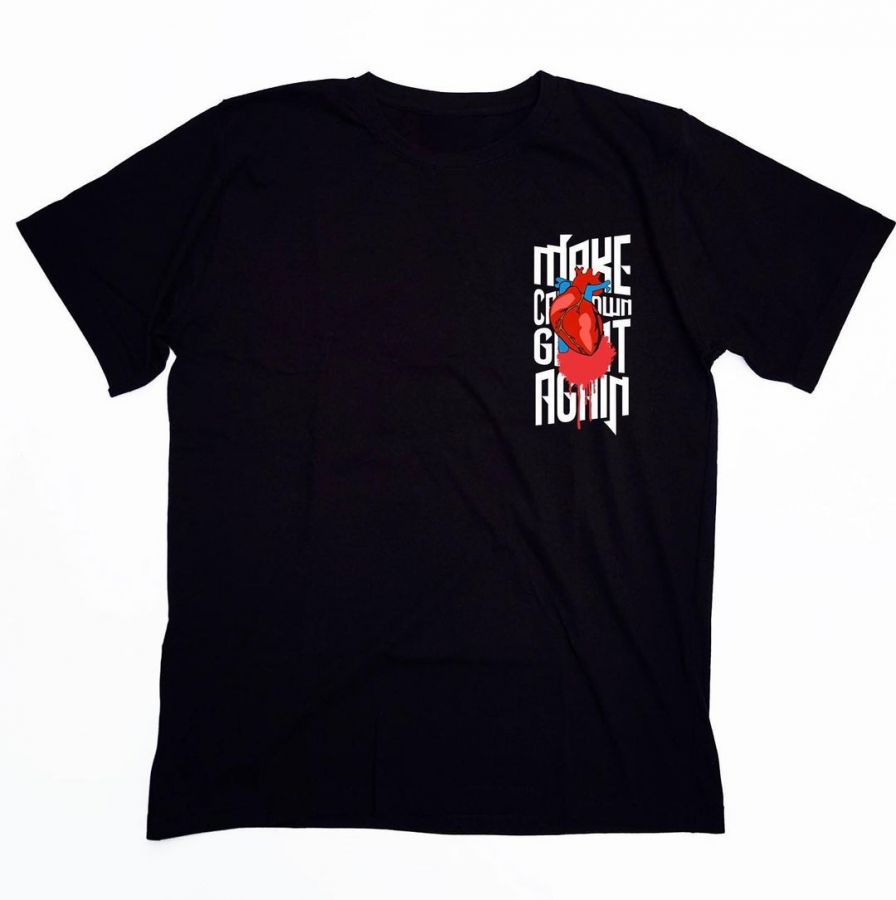 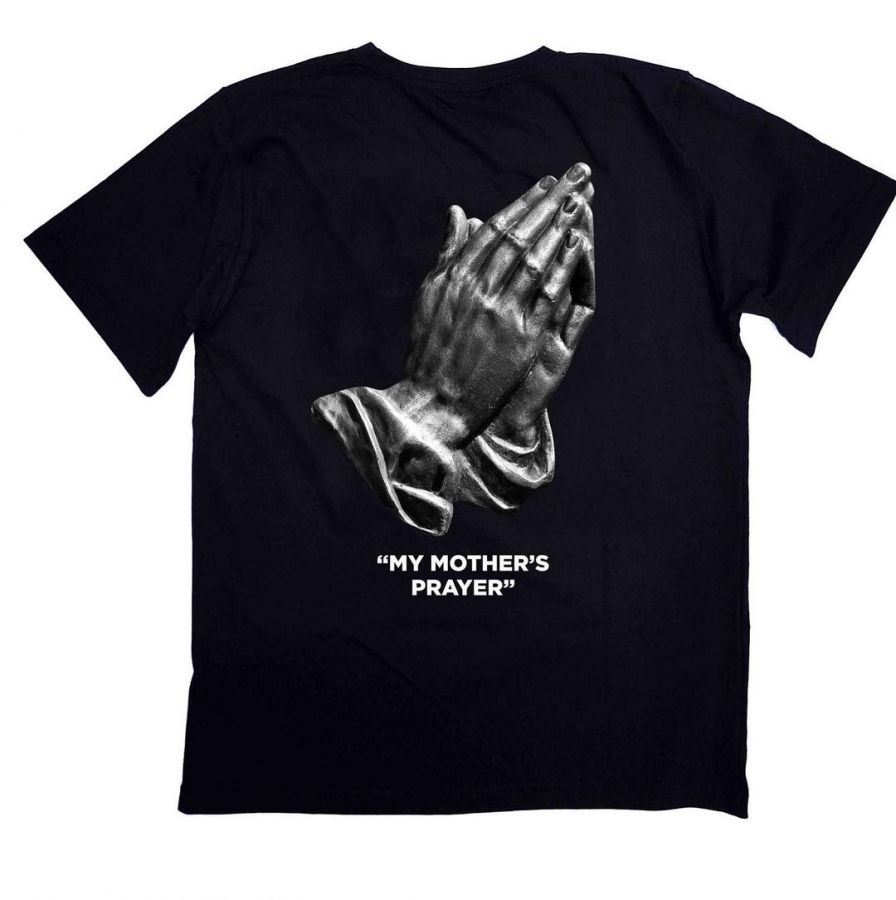 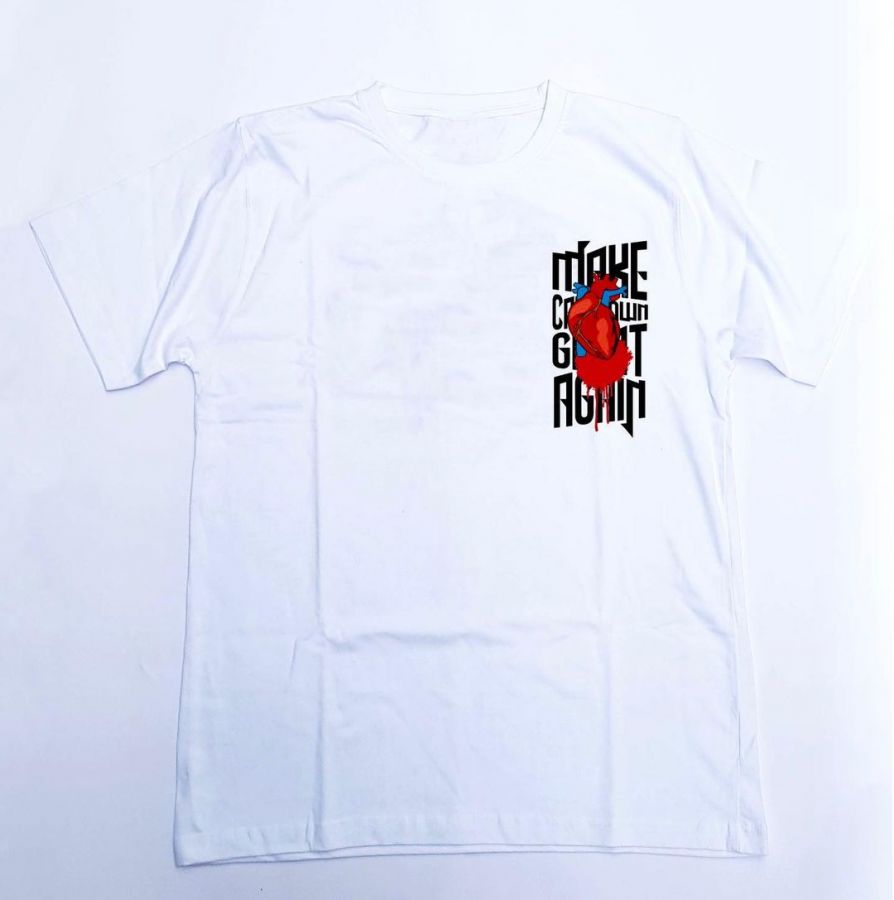 Mr Thela didn’t give the date of release for the merch and the album. So fans would have to keep their eyes open for both.

No worries, though, for we’ll be bringing you details on both, as well as sharing the album with you on release. You might want to follow our social media channels and subscribe to our newsfeed for all the juicy details.

Tags
Mr Thela
John Israel A Send an email 14 December 2020
Back to top button
Close
We use cookies on our website to give you the most relevant experience by remembering your preferences and repeat visits. By clicking “Accept All”, you consent to the use of ALL the cookies. However, you may visit "Cookie Settings" to provide a controlled consent.
Cookie SettingsAccept All
Manage Privacy