Here is how fans reacted to MTV Base’s Hottest MCs of 2022.

On Friday, December 2nd, MTV Base unveiled its annual list of the 10 Hottest MCs of 2022. And yes, virtually everyone was waiting for it. The list featured Blxckie at the top spot, followed by K.O. Nasty C, Maglera Doe Boy and A-Reece rounded out the top 5.

The rest of the top 10 featured 25K.at number 6, Emtee at number 7, Priddy Ugly at 8, Big Zulu at 9, and Lucasraps closed out the list. While some agreed with it, others seemed to have issues. Some tweeps trolled A-Reece for being “upcoming” while new artists have surpassed him.

Some of his fans defended him saying he deserved to be at the top spot because of the work he put in this year. Some asked why Thato Saul and Focalistic did not make the list. Others stated that either K.O or Big Zulu should have topped the list because of their impact this year. In response to fans, Emtee said he’s okay with his number on the list. Check the tweets out below. 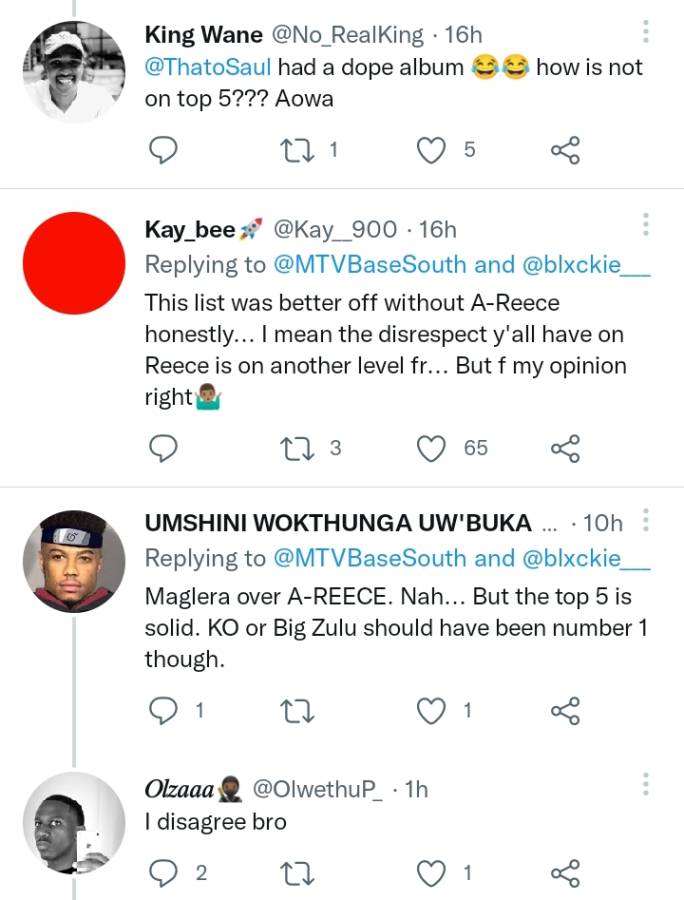 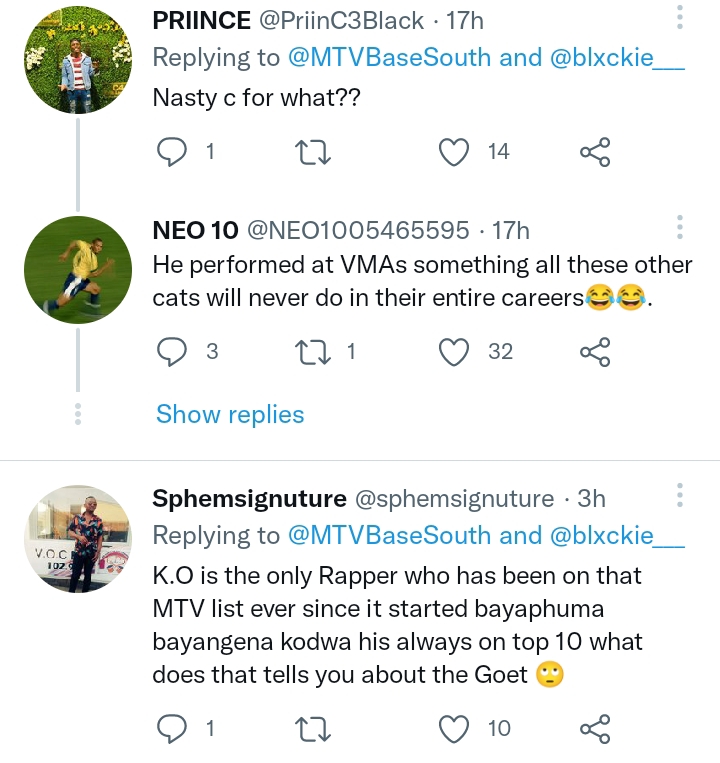 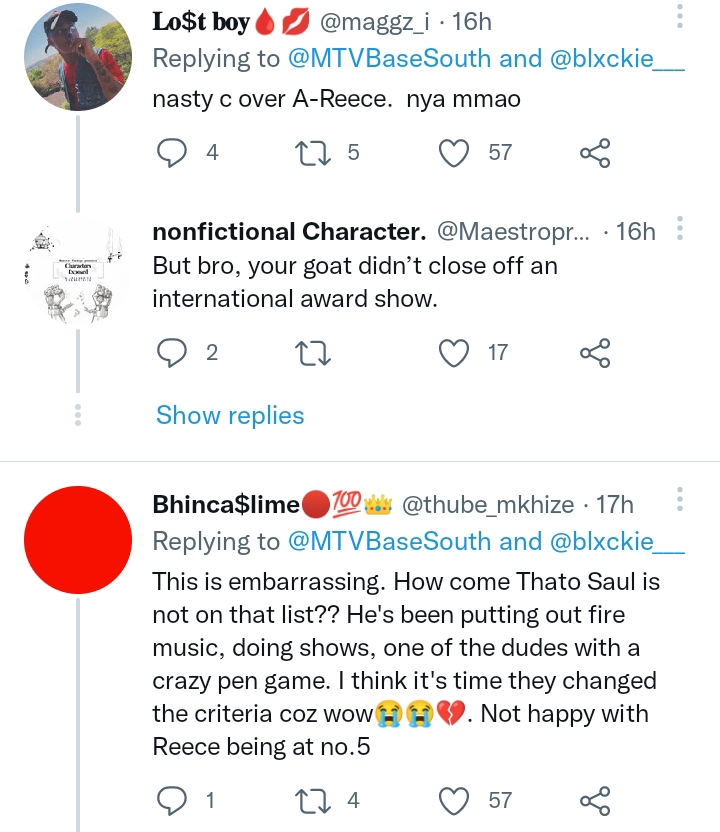 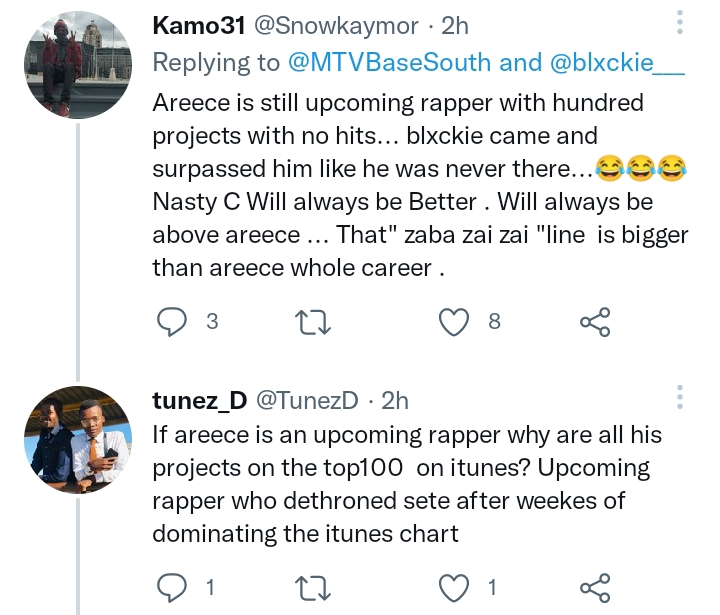 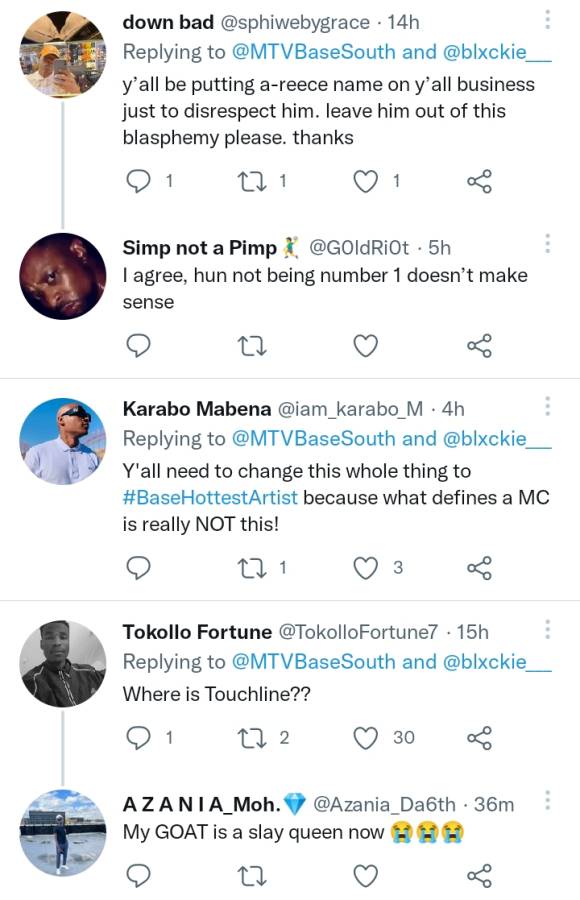 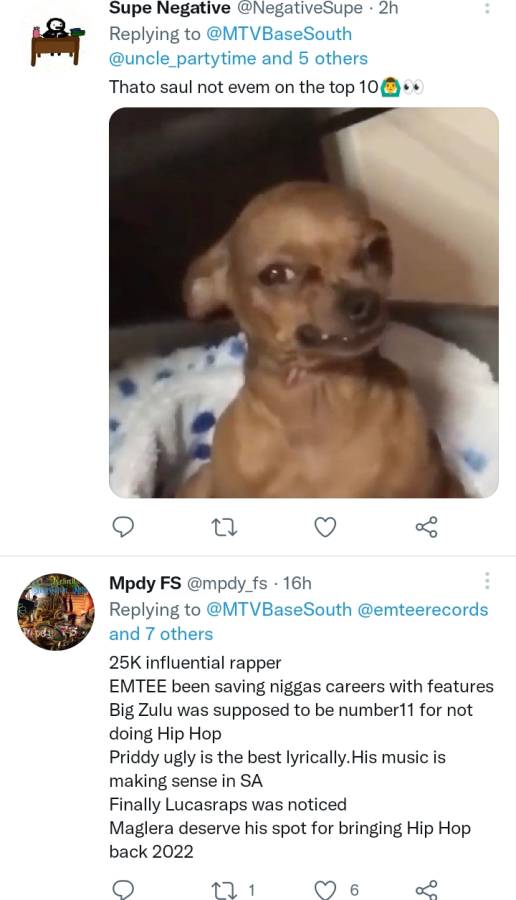 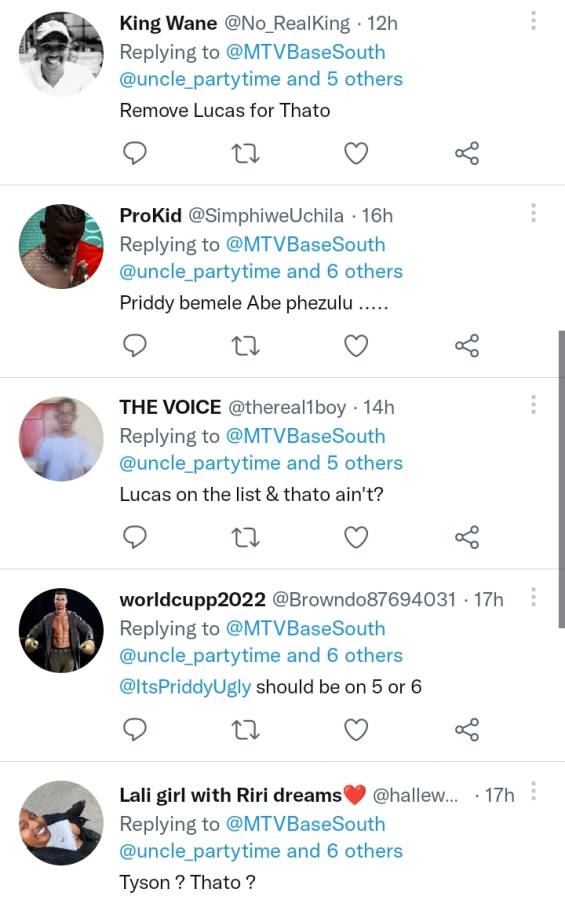 Tags
Blxckie MTV Base
John Jabulani3 December 2022
Back to top button
5
Close
We use cookies on our website to give you the most relevant experience by remembering your preferences and repeat visits. By clicking “Accept All”, you consent to the use of ALL the cookies. However, you may visit "Cookie Settings" to provide a controlled consent.
Cookie SettingsAccept All
Manage Privacy