Oh, how cool love is to witness. It now feels like it was yesterday when we were all wondering if DJ Zinhle and Black Motion’s Murdah Bongz were dating. The two usually made the news for being seen snuggling or whatever.

Since we discovered they were dating each other, it has been obvious that Murdah always does things to make his woman happy. The “Uwrongo” star usually sent her beautiful flowers which she shared to her social media. Now, we hear he singlehandedly saved the day as her music video shoot for “Indlovu”.

Apparently, Zinhle had a wardrobe malfunction on set, and Bongz was there to save the day. He shared a photo holding a pair of her heels which broke. He revealed he was trying to figure out how to fix it. Well, some say he did. That’s just nice. 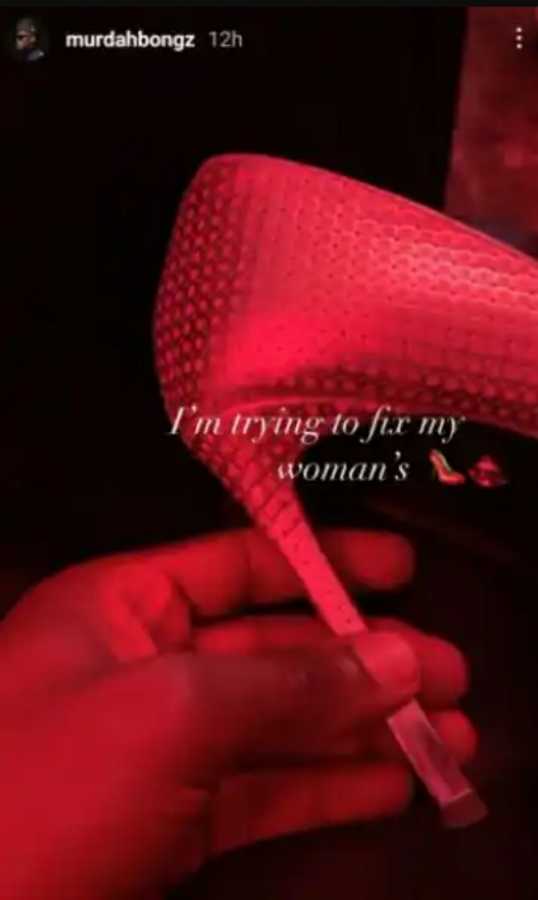