Cass has got a lot of money and he’s not holding back on spending it on his newborn son. If you really listened to his new album, “Any Minute Now”, then you know just how much his little man means to him.

The “Good For That” star is not keeping anything from his boy. A recent photo shared by Mufasa to social media shows that he acquired a new pram designed by the famous Jeremy Scott for Khotso. After finding out how much it cost (reportedly R32k), social media flipped and flooded timelines with reactions.

Some hailed Mufasa for spending on his boy while some couldn’t believe that he spent that much on a pram. Cass has always stated that he would do anything for his son, including knock Supa Mega out for him. That’s one selfless dad. 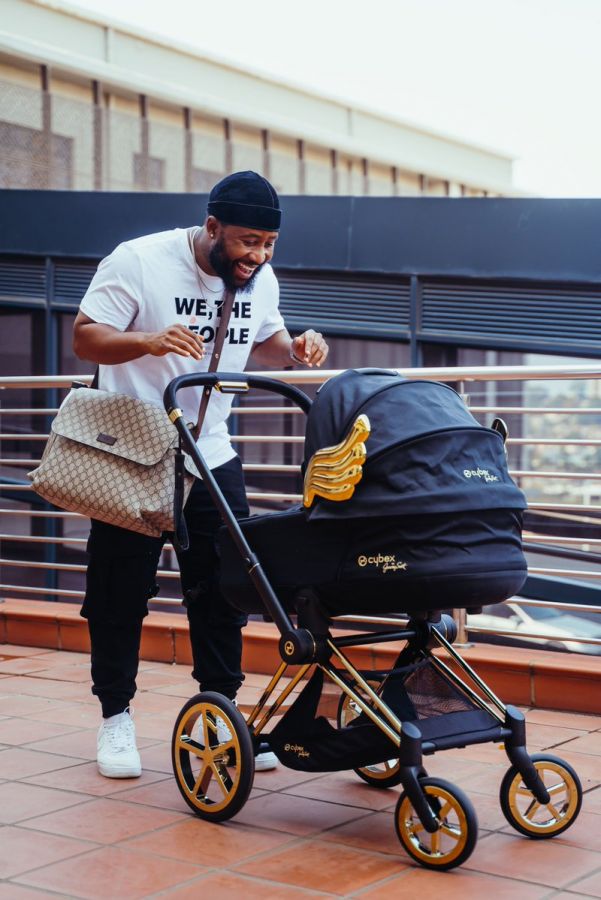 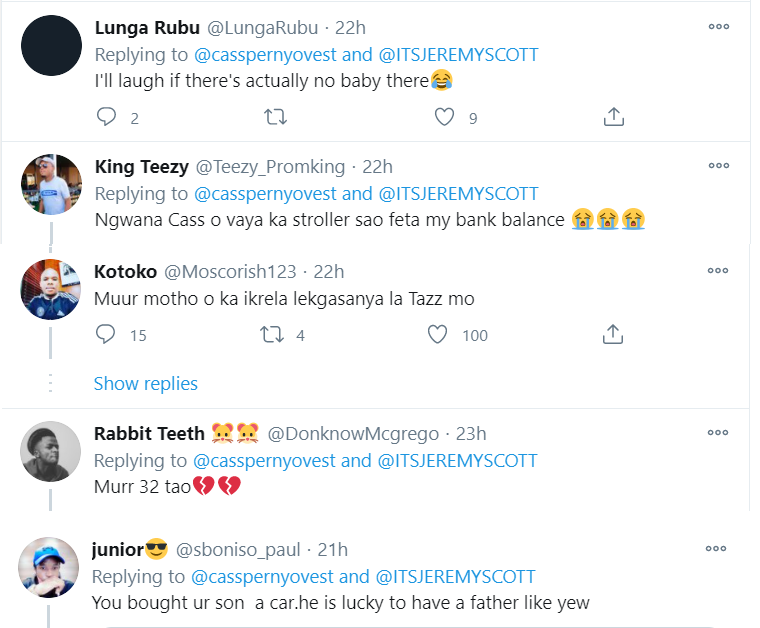