Andile Mpisane was to have made his debut for Royal AM, a club where he serves as chairman, but somehow didn’t get to play as the team faced Richards Bay FC  during the DStv Premiership. And he became an object of jokes and memes as a result.

Royal AM, which is owned by Andile Mpisane’s mother Shauwn Mkhize, lost the match to Richards Bay, which means that the club has taken over the top of the league.

Andile Mpisane sat on the bench throughout the game, watching his team lose to their rivals. According to those who appeared to have monitored his emotions during the encounter, he appeared visibly frustrated for not having made his debut. You can check out the clip below.

Chairman Andile Mpisane is on the bench for Royal AM in the DSTV Premiership clash against Richards Bay FC…. I hope he gives us some crazy Kasi flavour moments 😂😂😂#AndileMpisane pic.twitter.com/BLV1swboTj

Actually, some peeps merely joked about Andile Mpisane being able to do whatever he wants to. He can choose to be a musician today, chairman of Royal AM tomorrow, and a player for the same team the day after. Not everyone has so many choices.

Some even joked that he would pay himself a match bonus if he should play well on his debut against Richards Bay. It sadly didn’t turn out that way, and a part of Mzansi had a good laugh. See some reactions below. 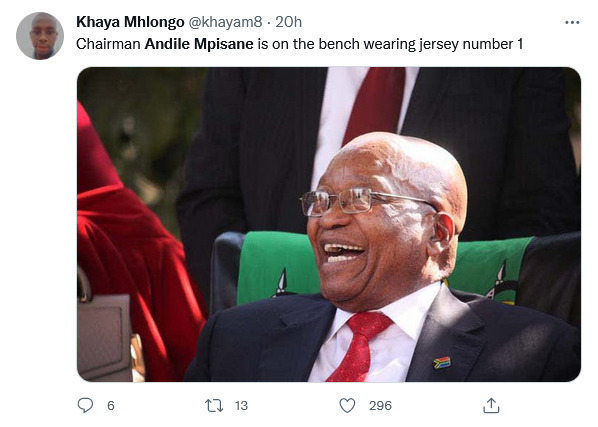 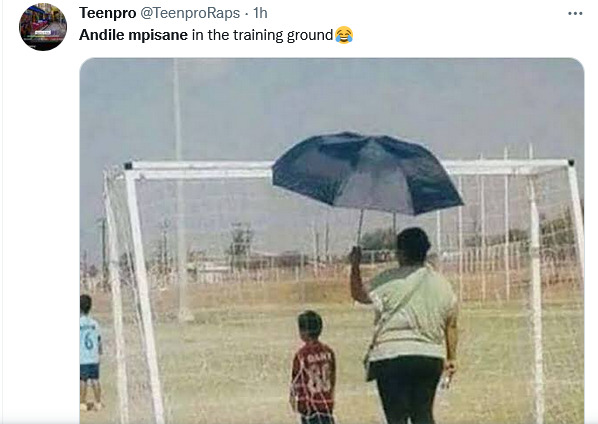 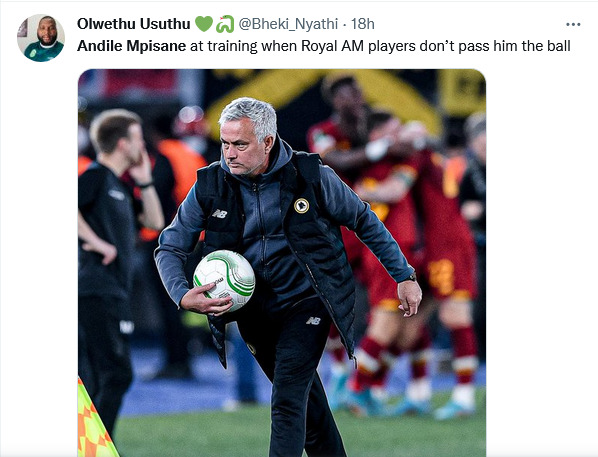 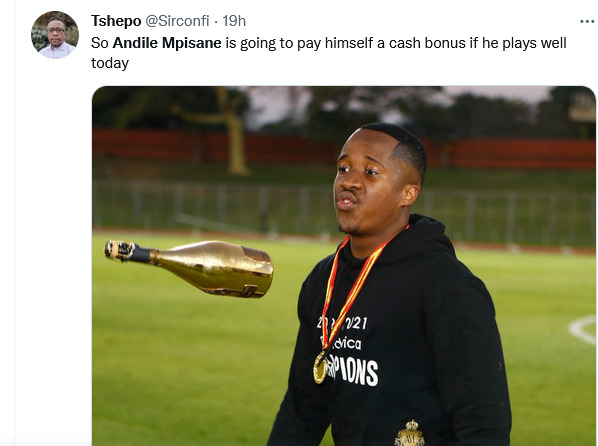 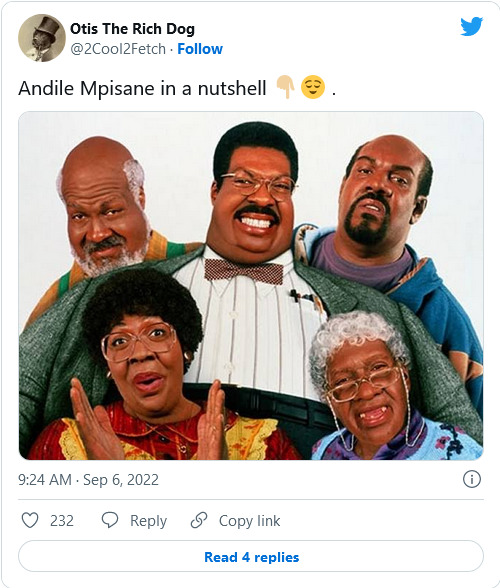 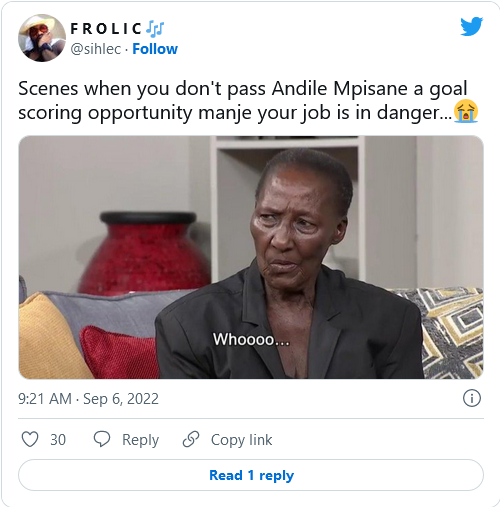 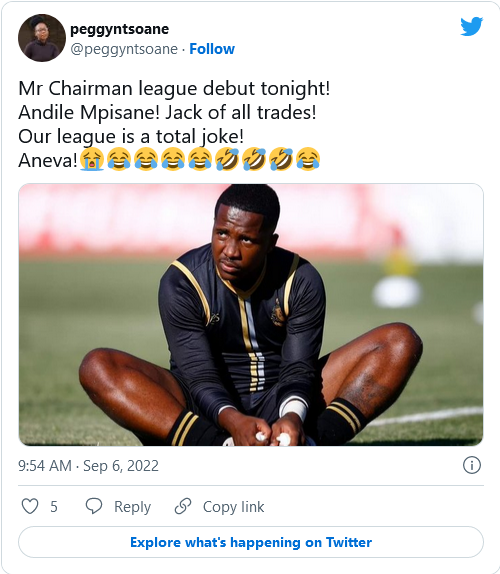 Tags
Andile Mpisane
John Israel A7 September 2022
Back to top button
Close
We use cookies on our website to give you the most relevant experience by remembering your preferences and repeat visits. By clicking “Accept All”, you consent to the use of ALL the cookies. However, you may visit "Cookie Settings" to provide a controlled consent.
Cookie SettingsAccept All
Manage Privacy