SA Hip Hop star, Nadia Nakai has called her boyfriend, AKA “the one,” in a recent Instagram post.

Things seem to be going strong between rapper lovers, AKA and Nadia Nakai. The two first kept their romance away from the public until they were ready to unveil it. It is unclear when they started seeing each other, but we hear it is already getting serious.

They were spotted having a great time at Konka, where Supa Mega recently performed. Bragga was reportedly in a good mood as she watched her man perform. Later on, she shared photos of their time there and captioned them “The One”.

Supa Mega also shared a photo of Nakai leaning in for a kiss. There have been rumors of an alleged altercation between them in Ghana, but the couple has slammed them and even threatened to sue the publication that posted the report. Check the post out below. 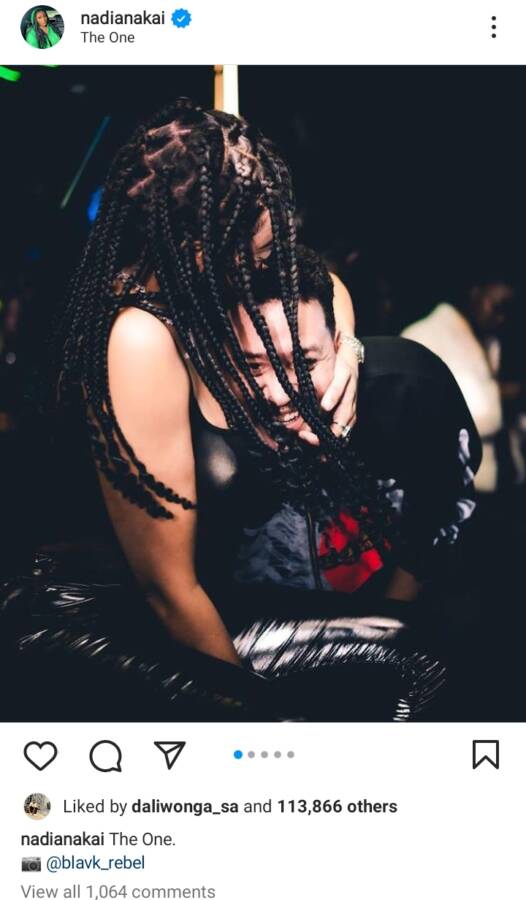 Tags
AKA Nadia Nakai
John Jabulani Send an email 4 May 2022
Back to top button
Close
We use cookies on our website to give you the most relevant experience by remembering your preferences and repeat visits. By clicking “Accept All”, you consent to the use of ALL the cookies. However, you may visit "Cookie Settings" to provide a controlled consent.
Cookie SettingsAccept All
Manage Privacy